In today’s world of fashion, trends continue to blur the lines between street wear and runway designs. Just 10 years ago, NBA players were only ever seen walking into arenas wearing suits and ties. Today, most players sport curated outfits made up of the perfect combination of street wear and high-end designer wear. For Rend Achille, owner and designer of ACHILL3 APPAREL, he jumped at the opportunity to be part of the rising street wear era.

Frustrated and dissatisfied with the fashion options he found in stores, Rendy Achille decided to take matters into his own hands. In 2016, South Florida’s ACHILL3 APPAREL was born. From then on, over the next three years, Achill3 Apparel would only gain momentum as it took over the retail spaces across the South Florida area. Thanks to the support of the community, Rendy was able to create a grassroots marketing campaign for the brand as its popularity spread through friends, family, and word of mouth.

Though ACHILL3 APPAREL has everything from hoodies, jackets, t-shirts and accessories, it was their hats that caught the attention of some of the biggest names in the NFL like Odell Beckham Jr. and Von Miller among others. They’re best known for their “Zero Friends,” “Savage,” and many catchy t-shirts.  The versatile hats can be worn dressed down with street wear or dressed up with designer wear. The best-selling hats have even been seen on chart-topping rap group Migos.

Looking back, Rendy never could have imagined the success of ACHILL3 APPAREL. The young CEO now encourages aspiring entrepreneurs to take risks and pursue their goals. After not finishing college, Rendy became a barber before he came up with the idea of ACHILL3 APPAREL. But of course, he couldn’t do it by himself. Together with his two business partners, Devon Mason and Adedji Adeoba, Rendy took on the retail industry with ACHILL3 APPAREL.

“A lot of people think it’s too hard to start something,” Rend says. “But I think you should follow your dreams and you can achieve whatever you want.”

ACHILL3 APPAREL is available online at WWW.ACHILL3.COM and also in Southern Florida retail boutiques like Simons Sportswear, Survival Clothing & Footwear, Foot Soldiers, and other shops in the Wynwood Arts District. Coming up, ACHILL3 APPAREL looks forward to sharing more designs for women that will include swimwear and athletic wear. Be sure to check out the ACHILL3 APPAREL site every month as they drop two to four new products every month! 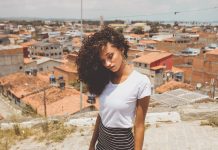 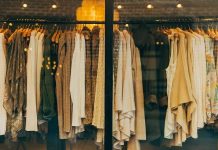 7 Things You Need to Know About Dresses Made in Italy 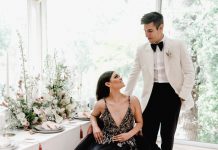