The 10th Savanna Comics’ Choice Comedy Awards presents the Savanna Newcomer Showcase, and in Cape Town for the very first time! It’s the first in a series of build-up events ahead of the Awards Ceremony in April, and has become a staple on the annual comedy calendar.The showcase was created a number of years ago as an event for 20 newcomer comedians to each perform five minutes of comedy for the industry, so that they’d know who to vote for in the newcomer category for the upcoming awards.  It quickly grew a personality of its own, and has become a bit of a ‘if you’re in the know, you’re in the know’ kind of a gig that’s attended by some of our country’s best comedians, ad agencies, casting agents and talent scouts – all looking to discover the ‘next big thing’.20 newcomer comedians. 5 minutes each on stage. Let’s see what they’ve got!As it’s the 10th year of the awards, the new team at the helm decided to do things a little differently, and as Cape Town’s comedy industry is positively thriving, they thought they’d give its comedy loving public the chance to experience this cracker of an event too, with the help from the awards’ official airline partner LIFT.‘We loved the idea of being able to upLIFT SA’s entertainment industry’, comments Haydn Henning, Marketing at LIFT. ‘We’re not only flying all the shortlisted newcomers from all over the country to Cape Town to perform, but we’re extending the invitation to the nine previous winners in the Savanna Newcomer Category to join us in the mother city too’.Savanna Cider’s Brand Manager, Kayla Hendricks says ‘This event line up is surely one to remember. We are so proud and so excited to see a new generation of our country’s comedic greats. Ahead of the big awards where we will come together to celebrate the names we know and love, this event gives us all a real opportunity to be ‘in the know’ with who’s coming in hot in the world of comedy. We look forward to hosting an incredible celebration of new talent who are set on keeping us in fits of laughter, ’ concludes Hendricks.This year’s event is hosted by two-time award winner Schalk Bezuidenhout, who won the Savanna Newcomer Award in 2013 and the Intermediate Award in 2015. This year, not only is he our host, but he’s also in the running for this year’s Comedian of the Year Award, and given that he’s so on top of his game, he’s the perfect MC to inspire these newbies to give it all that they’ve got if they’re choosing comedy as a career.The shortlisted newcomers will be announced at a press event in March, and the awards event will take place on 15 April in Johannesburg.‘This showcase is vital for newcomers, as it gives them the opportunity to perform live for the industry, and for the very people who are likely to book them for shows’, comments the awards’ producer and MD of One-eyed Jack, Manuela Dias de Deus.  ‘It’ll be the first time that most of them have performed on a theatre stage, instead of at a comedy club, and they’ll get to meet other newcomers, network with the ‘who’s who’ in the industry, meet the press and build their careers. It will also be filmed for TV, so their families at home will get to see them too. It really is genuine career stepping stone for an up-and-coming comedian.’The Savanna Newcomer Showcase takes place on Friday 17 February 2023 at the Star Theatre at The Homecoming Centre in Cape Town.Tickets are only R120 and include a complimentary Savanna on arrival. And loads of laughs (on the house).Seats are limited, so get your tickets now from Quicket (https://www.quicket.co.za/events/204756-the-savanna-newcomer-showcase/) All proceeds go towards a newcomer incubator workshop for emerging talent. Pre drinks at 18:00. Show starts at 19h30 and everyone’s invited to stay for mingling and hobnobbing afterwards.No under 18’s. Alcohol not for sale to persons under the age of 18.Visit www.comicschoice.com for more information and to register for tickets to the awards on 15 April 2023.The 10th Savanna Comics’ Choice Comedy Awards is proudly sponsored by Savanna Premium Cider; LIFT, the official airline of the awards; One-eyed Jack, and Newsclip. 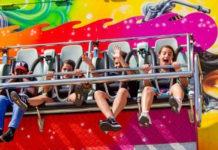 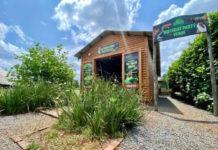 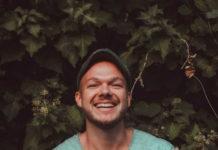