Celebrated singer and songwriter, Jarrad Ricketts, is set to host yet another musical concert experience online next week.

The Cape Town-based musician, along with a host of fellow South African artists, will perform in the seventh edition of LUNCHTIME LIVE on Sunday 16 August 2020.

Partnering with Penny Lane Studios, Ricketts was able to present his first virtual concert experience “The Intimate Sessions with Jarrad Ricketts” on Wednesday 25 March at 8pm, which was the day before lockdown of the country was implemented.

Due to the financial implications and limited work opportunities artists and musicians have faced this year, Ricketts opted to connect with fans virtually, as it provided him and other artists an opportunity to earn an income but also “keep the music alive”.

“The virtual shows are the way fans can stay connected to their favourite local performers, right there from the comfort of their own homes. This is the ‘new normal’ for us musicians to continue showcasing our musical talents,” says Ricketts.

The line-up for next week’s event includes: Eon Le Roux from PE and Cape Town-based artists such as Euclid Jacobs, Sharon Kayster, Nithaam Solomons and saxophonist Larry-George Johnson. The artists will be backed by Roderick Mckay & the event hosted by Ricketts himself.

“I will be performing some of my original music as well as some of my favourite songs during the event. We encourage audiences to support local talent and we promise to deliver a quality show”.

Adds Ricketts: “Life is a true miracle. It forces us to stand up when we’re feeling down and it makes us humble when we are too proud. It is a beautifully balanced journey of constant challenges, obstacles, and amazing things that you need to experience in order to find your true self. The songs we are scheduled to perform will encompass all of these emotions, we are currently experiencing”.

Tickets are available for R70 from Quicket:

ABOUT JARRAD RICKETTS:
Growing up on the Cape Flats in Athlone, it was the arts that gave Jarrad a sense of direction, perseverance and drive leading him to write and record his own music.

This year he visited 70 schools around South Africa, where he shared his motivational talk, and ran a series of his own workshops called “Inspire To Evolve Beyond Fears and Limitations”, where he mentored young aspiring singers, dancers and rappers, using the arts to further develop their communication & interpersonal skills. He demonstrates to children that they can achieve anything they put their minds to despite their circumstances.

Jarrad is also the Director of JBR Productions Company, which is a production and management company focusing on directing his own shows, writing for other artists, youth empowerment and community development. As a public figure, Jarrad wants to use his platform to raise awareness on various social ills affecting communities, leading by example to encourage more people to create the change they want to see in the world. Jarrad has also launched the Jarrad Ricketts Foundation where he is raising funds through various initiatives to meet the needs of dire communities in and around Cape Town, especially during these difficult times of the COVID19 pandemic. He also features on Gospel Mondays on SABC3’s Expresso Breakfast Show every Monday and is set to launch his new brand “Testimony – JER 29:11” in the next few weeks. 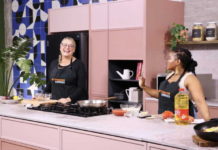 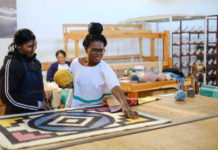 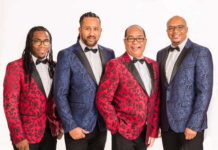