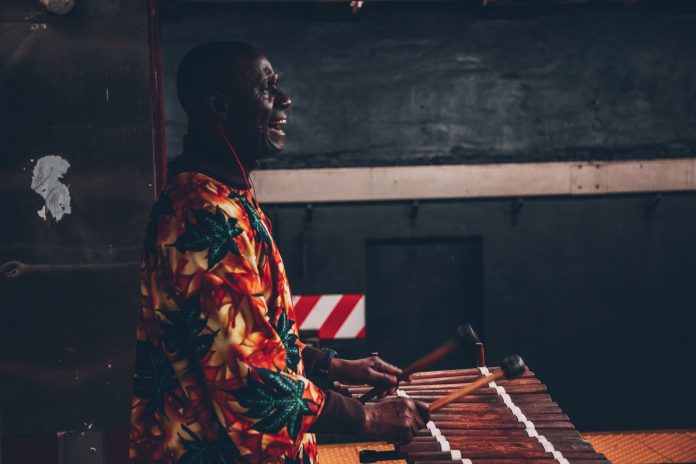 Black Coffee wins the top of Top 40 South African Chart for the 5th time. “Drive,” collaboration with French DJ – David Guetta is a most viewed music video of the week according to Popnable. The ranking measures most played songs from South Africa, on a weekly basis.

Nasty C & A$ap Ferg step back three positions and drop to No.4 (200K views lost). Their video “King” won the chart throughout the last chart release.

This week comes with unexpectable achievements. Starting from the number 39, where it is placed Donald’s new song – “Sanctuary Love.” The entry reached 41K weekly views and registered 62 positions growth. It debuted last week in the chart at No.101.

Position above, we can see “Onthou Jy Om Jonk’” performed by Joan Boucher. The song returns to the top 40 and notes 36 weeks on, receiving 7 places up. At number 34, Robbie Wessels climbs 6 positions with the video of “Mphe Di Hoenor.” With the same number of positions up, Die Antwoord pick up No.32.

“Rooilipsoene” by Karlien Van Jaarsveld records five spots moving up and gets No.36. The peak for the songs is number 15.

One brand new suggestion hits the top 40. This is “Jy Laat Dit Maklik Lyk” from Brendan Payper. The song debuts under No.18.

On the top ten, we can find DJ Maphorisa with “I walk Ye Phara.” The song keeps the place and receives 150K weekly views. 2 positions rise gets “Alien” by Die Antwoord after 20 weeks on the chart list.

A long-stayed song in the top ten is placed at No.8 and achieves 27 weeks on. The song is called “Brand new” and performed by Professor.

Burna Boy takes No.5  with “Gbona” and No.4 with “Ye.” “Banamoya” by Prince Kaybee spent 3 weeks on the chart and still increases it’s own position (No.2).

Few music videos hold itself in the chart more than a year. “Betray and Degrade” hits No.33 after 63 weeks on. “Rock Your Body” (No.28) by the Nigerian singer – Burna Boy takes apart in the chart 56 times. “Ndikuthandile” from Vusi Nova spent 78 weeks on and gained No.26 this week.

Popnable provides a list of the most popular singers from South Africa:

Number One: Black Coffee has begun career around 1994 and has released 5 albums, including Live DVD. He is very often awarded South African house DJ. In October 2018 has reached 5.8 million views on YouTube.

Number Two: Die Antwoord is a hip-hop group formed in 2008. They have released 4 studio albums. During October 2018 their songs have been watched 2.6 million times.

Number Three: Emtee is a South African rapper. His debut single “Roll up” brings huge success in 2015. The song has won awards for “Song of the Year,” “Best Music Video” and “Best Remix.” Throughout this month, the rapper achieved 1.7 million views.

Number Five: Aka is a hip-hop and pop artist, record producer, and businessman. His music career started in 2012. Aka won “Best Male Artist” of 2012.

The alchemy of shopping comes alive at Hyde Park Corner this November!

So many ways to win at rAge Digital Edition