Benson Idahosa University, one of the top private Christian institutions of Nigeria, is expanding its horizons thanks to the generous donation of the Christ Embassy President, Pastor Chris Oyakhilome.

The project that began in October 2015 reached its completion in time for the launch of the new academic year of 2018/2019. The donation was part of the pastor’s efforts to enrich the prestigious university, an institution that produces some of Nigeria’s most promising graduates. The contribution also signified the Loveworld President’s support of the academy, a legacy of his “mentor and role-model”, founder of BIU, the late Archbishop Benson Idahosa.

Pastor Chris’s brand-new engineering faculty will result in a whole host of qualified graduates, contributing to the already booming and increasingly innovative engineering industry of Nigeria. Pastor Chris Oyakhilome, known as the ‘man of God’ to his worldwide followers, is of course responsible for countless other philanthropic acts. As a major supporter of empowering the youth, Pastor Chris is behind several other campaigns and organizations geared to the advancement of impoverished children. His efforts range from improving inner city schools, to nurturing young leaders in the Future Africa Leaders Foundation, to the creation of summer camps and youth programs that inspire the word of God, the power of education and self-improvement to millions of “Loveworld” youths around the world.

The University of Benson Idahosa

While Pastor Chris’s impact is deeply felt, his significant contribution is not the only reason that the university has been gaining increased attention. In recent months, BIU alumni have been creating ties to universities around the world such Delaware State University and Tel Aviv University in the aim to provide students international exposure, as well as, gain practical experiences.

The president of BIU, who has been working on partnerships between these universities has said that “a good strategic partnership can improve an institution by offering students an opportunity to participate in significant experiences abroad, through more innovative programs such as internship and double degree programs.” Adding that “partnerships also have the potential to make an impact on curriculum development, collaborative teaching programs and research networks”

Pastor Chris Oyahkhilome’s connection to the Benin based university goes back many years, in fact it was under the mentorship of the late Archbishop Benson Idahosa, the founder of the university, that Dr. Chris Oyakhilome developed as the pastor he is today. The Loveworld president worked as a staff member and studied his ministerial works in Idahosa’s Church of God Mission International (CGMI), a mega-church located in Benin, Nigeria.

Like the CGMI, not only has Benson Idahosa University prepared thousands of graduates for promising careers but was also the first of its kind in the country of Nigeria to help liberate “lost souls and imparted Christians in the world to accept Christ globally”. Pastor Chris spoke extremely highly of the late Archbishop, recalling his earliest memories of working with the BIU founder.

“While working with him, I had the blessing and benefit of seeing the Archbishop pass by my table every day to his office,” he said.  Pastor Chris added that knowing Idahosa impacted him greatly. “Archbishop Benson Idahosa was one of the most remarkable and inspiring personalities of the 20th Century. It is a fact of life that those who did not have the privilege to get to meet him, are blessed to meet him through many of us. The impact of the Archbishop on me as an individual is unquantifiable.”

Leaving Behind a Legacy

It is clear to the see the incredible impact that Idahosa has had on Pastor Chris Oyakhilome. A fact that the board of BIU certainly recognized. At a recent convocation ceremony held at the University Campus, the Rhapsody of Realities creator received an Honorary Doctorate Degree in Divinity from the University. The historic occasion paid tribute to Oyahkhilome’s life’s work and his commitment to the advancement of people’s wellbeing both locally and internationally.

BIU’s Vice Chancellor, Prof. Ernest B. Izevbigie noted in the opening of the ceremony, the countless similarities between Pastor Chris Oyakhilome and the values the institution upholds. The occasion was an excellent opportunity for the university to publicly honor the Christ Embassy president, who in their eyes was “fulfilling the legacy left behind by its founder, Archbishop B.A Idahosa and declared that the best days of Rev. Dr. Chris Oyakhilome were ahead of him.”

The President of the Institution, Bishop F.E Benson Idahosa II who bestowed upon the Loveworld founder his Honorary Doctorate in Divinity spoke on the impact of the “Role of Models in an Age of no Models”, saying “man is an imperfect being, made perfect by God”. Identifying the late Archbishop Benson Idahosa as a man raised by God to be a role model for the world and the next generation, Bishop Idahosa said, “like the Archbishop, Rev. Dr. Chris Oyakhilome is indeed a role model, noting that the honorary awardee has not just used his faith to build edifices, but more importantly, he has built people.”

Pastor Chris Oyakhilome continues to contribute to the youth of society with financial aid, and several foundations geared to the advancement of children in struggling urban communities. He is behind organizations such as the Inner-City Mission, the Future Africa Leaders’ Foundation and Global Youth Leaders Forum. His organizations are not only limited to the empowerment of youth. The Christ Embassy President runs the Enter the Healing school, a healing ministry that heals the sick and the Hope Relief Mission, an NGO that offers aid to disaster struck communities around the world. 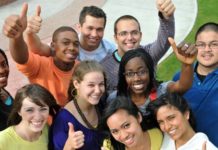 Young people go boldly where advertising has not gone before

How Mindfulness Can Help You & Your Child During COVID-19 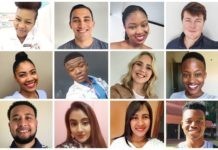