Buy low – sell high. This has been the mantra of investing for eons. And most individuals try to follow this principle. They study the markets. They look for companies, maybe startups, that have good potential; they hear about a company that is on the cusp of a new product development that will “transform” its industry. Obviously, there have been very famous examples – early investors in Amazon or Apple, for example.

At the same time, regular investors tend to flee from a company that becomes troubled. Or, they look for troubled companies that may revive themselves and buy stock on the potential that it will rise again.

But what if there were opportunities to invest in troubled companies, even those on the brink of bankruptcy, and make a fair amount of profit. The “big boys” do it all the time. And here’s how.

How to Buy into Weak Companies

While the temptation is to buy stock in a distressed company, wise investors know that it could be far more profitable to buy up that company’s debt (its bonds). Why? Because if a company should declare bankruptcy, the debtors get paid before the stockholders. And the large debt holders are in charge of what happens to the company – reorganization or liquidation.

When hedge funds invest in distressed debt, they do so to purchase whatever liquid debt there is and then sell it off, for a short-term profit.

These investors are usually interested in buying up debt for control. Their purpose is often to restructure and reorganize and bring a company back from the brink of collapse. Such is the case, for example, with

While investment opportunities may be limited for individual investors, there are some funds that will solicit and take them.

In most instances, the concept of distressed investing is pretty simple. Find a company in trouble, buy up its debt, get control, and then resurrect it either through restructuring, merger, or some other form of reorganization.

Obviously, there are no guarantees, and the risk is real.

If you have the stomach for it, “vulture” investing can be profitable. But be prepared to lose most or all of what you have invested, if it comes to that. The key will be to trust the investment firm you place your money with that they know what they are doing and have a solid track record.

And as an individual, you do not have to be involved in buying up a company’s debt. You can look for distressed companies – the research tools are out there – and take chances on those who do have a chance for resurrection. Invest what you can afford to lose, and you will still sleep at night.

Investing in Stock of Distressed Companies – Some Success Examples

When Apple hit an all-time low in 1985, with the exit of Founder, Steve Jobs, there was a massive exodus of investors. Until 1997, it continued to flail, out-classed by a number of other tech innovators/enterprises. Finally, the company re-hired Steve Jobs, and its original mission was resurrected. It took a while, but Apple now realizes a revenue of $300 billion a year. The death of Steve Jobs was certainly a hit, but Apple will probably never hit the lows it once did. Its commitment to innovation is now entrenched. Those who held their Apple stock are pretty happy campers right now, as are those who bought in when Jobs was first re-hired.

Because Starbucks was basically a “luxury” product provider, the recession of 2008 hit it hard. In fact, it had to close 1,000 stores and recorded a large revenue loss over the following two years.

Schultz had been out of the company for a while, but returned with a new marketing and mission strategy, a lot of it based upon customer feedback and advice. It worked.

Now, Starbucks has 27,000 stores and over 250,000 employees. It also has bought some subsidiaries and offers products in retail grocery stores. The outlook is great. Those investors who stuck with Starbucks during its downturn, or who bought in at that time, obviously took a good risk.

Reed Hastings and Marc Randolph saw a need and decided to fill it. They founded Netflix in 1997, sending disposable movie DVD’s to customers, eliminating the late fees that consumers were paying at retail outlets. It was not an immediate success. In fact, the company did not see any profit until 2003, and things went steadily uphill from there, as it added streaming services too.

In 2011, things “went south.” Netflix raised its prices and separated its customers into those who purchased DVD’s and those who live-streamed. More thaт three-quarters of a million customers quit their subscriptions in anger over the price increases. To make matters worse, the movie provider Starz pulled its movies from Netflix the same year. Hastings became rather a laughing stock, many accusing him of greed.

But Hastings had a new idea – launching original movies and TV series, and by 2013, it was seriously back in the black. It now boasts well over 120,000,000 and in excess of $12 billion in annual revenues.

Those who looked at Netflix at its low point and believed that it would not only survive but thrive, are happy and richer today.

How Do You Identify Sick Companies That May Again Become Healthy?

There is no magic formula. Sometimes, it’s a matter of who has taken control, keeping a close eye on the industry itself, and what moves the company is making to restructure and reorganize. Obviously, a failing coal company would not be a good investment, unless it has plans and the money to move into alternative energy.

Right now, some economists are predicting a recession, and there are a number of companies facing distress and potential failure. It might be a good time to begin an exploration of the possibilities.

It’s not easy to predict potential turnarounds or those companies that may be ripe for vulture investments. And it is not an activity for the lazy or laid back. If you have the time, the stomach for high risk, and can absorb losses while you become more skilled, then these investment avenues may just be for you.

About Autor: Angela Baker is a self-driven specialist who is currently working as a freelance writer at TrustMyPaper writing services and is trying to improve herself and her blogging career. She is always seeking to discover new ways for personal and professional growth and is convinced that it’s always important to broaden horizons. That’s why Angela develops and improves her skills throughout the writing process to help to inspire people. Also, she writes for LiveInspiredMagazine, rounding out her professional writing career. 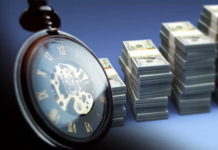 Why make expensive mistakes when you can just learn the lessons? 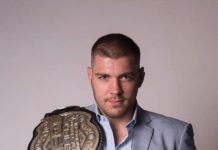 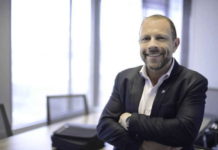 Structured Investments during COVID-19: What is working right now?