False accusations are unacceptable. Any slander has the potential to mislead the public in the wrong direction. These groundless defamations can tarnish the right image of an innocent person. The same has happened in the case of the accused Shaun King.

A columnist at The New York Daily News, Shaun was accused of plagiarism. Shaun had written an article for the Daily News about the death of Elliot Williams. She had died out of negligence in the Oklahoma jail. Before the publishing of King’s article in the Daily News, Daily Beast had already published an article about the same news, written by another writer Kate Briquelet.

King was accused of having copied two exact paragraphs from Briquelet’s article. King had not provided any citation to Briquelet’s article. King had picked up two sections and had presented them as his own in his report. The two paragraphs did not have any quotation marks too. The entire scenario reflected a clear case of plagiarism. But was that the real matter or there was a different angle to the story? Don’t the writers check their articles with a free plagiarism checker before publishing?

The published article of Shaun made the journalists of Daily Beast go furious. They felt that their writers’ were copied even without giving any credit to the particular writer. Instantly the journalists and the editors of the Daily Beast brought the matter to the Twitter platform. They started declaring that Shaun was held guilty of committing plagiarism. More and more writers of Daily Beast started pouring in their Twitter comments strengthening the accusation against Shaun.

Within no time, the news of King being guilty of committing plagiarism was moving around the world. The numerous re-tweets made the matter known to everyone. Without giving King a chance to voice for himself, he was already declared as being accused and convicted of plagiarism crime.

Prominently, the two possible problems with the journalist mob who continuously accused Shaun of committing plagiarism is as follows:

Before publicly accusing King, the journalists or the writers did not wait to hear the other part of the sad story from King. They did not take any efforts to contact King before voicing their opinions. None of them gave a call or left an email to King to have more insights into the matter. The mob didn’t contact King or any of his editors to confirm the issue. They directly started with reinforcing the accusations on the Twitter platform.

No one in the journalist mob bothered to verify the facts and bring out the real matter. They did not give any trouble to ascertain the draft of King’s article from his editors. They only continued to tweet and accuse King of committing Plagiarism.

The truth was something utterly different from that portrayed by the journalists on the Twitter platform. King and his editors of the Daily News produced the documentary evidence that brought the real matter into the limelight. The accusation made on King was completely false.

The continuous tweets made King post the stamped emails that were the most significant proof the draft article sent to his editors. The draft clearly showed that King had given citations to Briquelet’s report in his article. The two paragraphs that were accused of being copied from Briquelet’s article were in block quotes. Now, this proved that King had given full attribution to Briquelet. King’s report was not plagiarised. However, this showed that Shaun was not guilty of any plagiarism.

According to Daily News, it was not King but the editor who was at fault. It can be accidentally or deliberately that the editor had removed the citation of Briquelet’s article from King’s article. This had made the two paragraphs look plagiarised. It was also found out that the same editor had also previously omitted some other attributions too from king’s articles.

But a small percentage of responsibility for such deletion also lies on King. Had he checked his articles being published, this situation wouldn’t have taken place.

The Daily News fired the editor holding him responsible for the deletions. Daily New strongly supported King and made it clear that he was not guilty of any wrong.

The journalist accusing King had reasonable knowledge that the media will never make such mistakes of printing plagiarised articles. But still, they did not try to look for the real matter. This accusation could have affected the career of King and was a danger to his reputation.

Even after knowing the truth, none of the journalists who accused King took the effort to apologize to him. They did not also delete the accusing posts on Twitter. It seemed that they were not guilty of their action of accusing someone falsely. Instead of accepting their mistakes, they started mocking King for Chelsea Clinton tweet.

Every media goes for a plagiarism checker before publishing an article. So the chances of plagiarism are very less. More focus is being paid to the online mob behavior. But such action proves to be dangerous for someone’s reputation. Once a false accusation has been posted, the entire mob follows the same without any knowledge of the truth. Such group activities on the online platform can create unwanted situations. It can pose a danger to reputation. 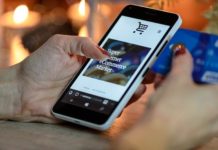 Tips for Having the Best Checkout Page for Mobile Buying 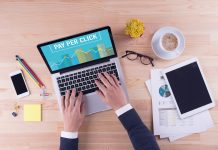