Johannesburg, 10h00 – Wednesday 27 May, 2020: The Ombudsman for Short-Term Insurance (OSTI) expects a surge in Covid-19 complaints around business disruption and travel in the next financial year. In addition, the insurance sector could be negatively impacted as a result of the financial pressure on consumers.

OSTI, which provides consumers with a fair and transparent dispute resolution mechanism for short-term insurance disputes, released its Annual Report on operations for 2019 today.

While the 2019 report does not cover the period of the current contagion, the impact of the global pandemic is certain to be felt by the organisation, the industry and consumers over the forthcoming year. As such, says OSTI CEO Edite Teixeira-Mckinon, some of the trends identified in the 2019 Annual Report are likely to be disrupted. Already the signs are evident.

“Up until the end of March 2020 we had received, year-on-year, substantially more complaints, so that trend is continuing,” says Teixeira-Mckinon. “But in April we saw a decline in complaints, and that was predominantly because 49% of our complaints are from motor accidents and motor vehicle claims. With less vehicles on the road, there are less claims and therefore less complaints. So there was an evident decline in April and May 2020.”

OSTI’s response to the coronavirus, from remote work, guidance and support for staff and ensuring effective communication to all stakeholders, was extensively outlined in the latest report. The body’s ability to function throughout the crisis and to deliver on its mandate was of particular importance, and was underpinned by the move, in 2018, to shift IT and case management systems into the cloud.   “We are equipped to continue registering and resolving complaints from home,” says Teixeira-Mckinon, adding that: “Our telephone system is also securely saved in the cloud and our call centre functionality is fully operational with the ability to receive and route calls.”

Teixeira-Mckinon says: “The fact that we can continue to offer the same services that we have in the past, is important. We are still here for insurers and consumers.”

The numbers
Based on the 2019 numbers, the public is consistently turning to OSTI as a trusted body for mediation. Over the past year, OSTI closed 9 167 complaints out of 10 367 complaints received and recovered more than R94.9 million in favour of consumers. This was a marked up-tick from both 2018 and 2017, when just over R87 million was recovered.

New membership applications by three insurance companies were approved over the period, taking the number of insurers who hold OSTI membership to 53.

Together, these numbers point to OSTI’s continued value as a mechanism that supports, encourages and sustains relationships between insurers and consumers, believes Teixeira-Mckinon. “We don’t want to see the lapsing of policies and if there is a bad experience then people might cancel, so we try to restore relationships. In this climate it is not easy to acquire new customers, it is much better to try and resolve issues and restore the relationship between insurers and their customers. So our role becomes even more important.”

A single-entry portal
Further strengthening this role is the amalgamation of OSTI and the Ombudsman for Long-Term Insurance (OLTI), which came into effect on 1 January 2020. The Insurance Ombudsman Portal creates a single-entry portal for insurance consumers and with retired Judge Ron McLaren now presiding as the adjudicative head over the full gamut of insurance disputes, there is also a single point of exit for these complaints, explains Teixeira-Mckinon. While the chapter in the Financial Sector Regulation Act, which deals with the financial ombud schemes, is still to come into effect the office is confident that efforts to self-determine the future of the body is a move in the right direction.

Teixeira-Mckinon believes both insurers and consumers stand to benefit from the move. “Insurers would only subscribe to one scheme and consumers will not forum shop. This will avoid confusion about which scheme to approach and it also prevents product designers from designing products that fall between the gaps and thinking they don’t need to subscribe to an ombud scheme. So the amalgamation addresses a lot of National Treasury’s concerns.”

Wide-ranging value proposition
Over the year to come, and with particular attention on the impacts of Covid-19, OSTI will continue to focus on the health and well-being of the body, its staff and members and the public at large. The trends and numbers shared in the 2019 report point to the fact that the organisation remains financially sound and committed to its role of delivering fair and just outcomes. This brings notable advantages to consumers, insurers and business as a whole.

Consumer takeaways – The figures point to the fact that the public has at its disposal a recourse that is effective and relatively inexpensive. According to Teixeira-Mckinon: “We can articulate the consumer’s complaint in a way that gives the insurer a different perspective of the dispute. That independent mediator and conciliator role is hugely important for both parties in restoring relationships.”
Insights for business – OSTI continues to operate in accordance with best practice, setting the tone for the way in which business should be conducted. With effect from 1 January 2019, OSTI officially adopted the latest International Financial Reporting Standards (IFRS 16), cementing the body’s world-class financial processes. Over the year, OSTI recorded revenue of R45.2 million (2018: R38.1 million) and operating costs of R42.8 million (2018: R39.7 million).
Implications for the insurance sector – by analysing their complaint statistics and trends, member insurers are able to gain insights as to why certain products or processes are generating complaints and can act swiftly to address systemic issues. “Going to court is expensive and combative, so our office offers a safe space for the resolution of disputes,” says Teixeira-Mckinon. “In addition, our decisions don’t set any precedents and each matter is decided on its own merits.” This means a swift resolution for consumers and less risk for insurers.
There are, concludes Teixeira-Mckinon, understandable concerns regarding the potential for cancellations of insurance cover as a result of the lockdown and Covid-19. In such an environment of uncertainty, finding ways to keep communication open and to resolve disputes quickly and effectively will become even more paramount.

About the Ombudsman for Short-Term Insurance
The Ombudsman for Short-term Insurance (OSTI) is an independent, non-profit industry ombud scheme. Short-term insurance includes: motor, house owners (buildings), householders (contents), cell phone, travel, disability and credit protection insurance, and commercial insurance for small businesses and sole proprietors (with a turnover of less than R35 million per annum). OSTI’s mandate is to provide the insuring public and the short-term insurance industry with a free, efficient and fair dispute resolution mechanism through an alternative dispute resolution process, applying the law and principles of fairness and equity. OSTI is not a court of law. It examines the information and evidence placed before it by the parties to a dispute and makes recommendations that are guided by the legal position and principles of fairness and equity. In rare instances where required, OSTI may make rulings. It does not, nor is it empowered to, procure evidence or witnesses, or investigate a complaint. OSTI, it must be stressed, operates independently of both the Financial Sector Conduct Authority and the Prudential Authority in its adjudication and dispute resolution process. 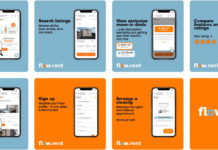 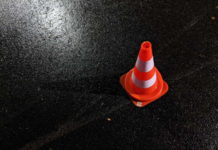