The Andhra Pradesh government has decided to add an amendment to the existing Andhra Pradesh Gaming Act, 1974 which will result in banning online games that involved money transactions. The last amendment was added on 7th Jan 2020 and this latest amendment makes sure that those caught playing will be punished. The apps and websites however will not be blocked and will remain available in the state.

Post the meeting of the cabinet ministers on 3rd September 2020, Perni Venkataramaiah who is the Information and Public Relations Minister made the announcement at a press conference.

“Online gambling has become a vice that was damaging the youth by misleading them. So we have decided to ban all such online gaming to protect the youth. “ 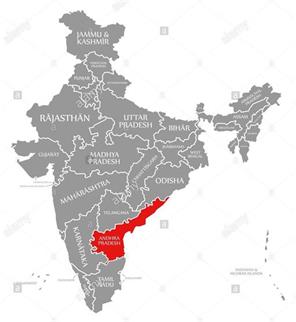 Horse Racing, State-Run Lotteries, and Rummy were previously allowed in Andhra Pradesh before this amendment was passed by the cabinet. Apart from Rummy, Poker, casino and other real money games both on app stories and websites will continue to remain available. However, this new amendment does not cover Fantasy Sports, one of the star performers when it comes to the type of games doing well among Real Money Games in India.

“We are not saying we will block anything. We are saying that if we catch someone indulging in online gambling, we will put them in jail. The amendment [is] not for banning anything. Previously, when someone was playing it was a simple non-cognizable offense. Now, we have made it a cognizable, non-bailable offense. We have made it a stringent law.”

“For a first time offender, organisers of online gambling would get a jail term of one year along with a fine, while the jail term would go up to two years with a fine for repeat offenders. Those playing online games will be sentenced for six months in jail.”

Principal Secretary at State Home Department, Kumar Vishwajeet mentioned that this will be a simple ordinance to amend the existing law and bring businesses that were so far operating in a legal grey area, under the purview of the law.

“We are not bothered about chance or anything. If betting is involved, money is involved, it will be in the purview of this amendment.”

YS Jagan Mohan Reddy, Chief Minister of Andhra Pradesh, and his cabinet have made a lot of changes since they have come to power in Andhra Pradesh. And this is in line with what changes the Telangana State Govt had made to their version of the same act called the Telangana Gaming Act, 1974 banning all forms of gambling in the state.

Andhra Pradesh now joins Telangana among a handful of other states in India who now have completely banned online gambling in their states.

India Flipkart to Acquire A 7.8% Stake in Aditya Birla Fashion And Retail