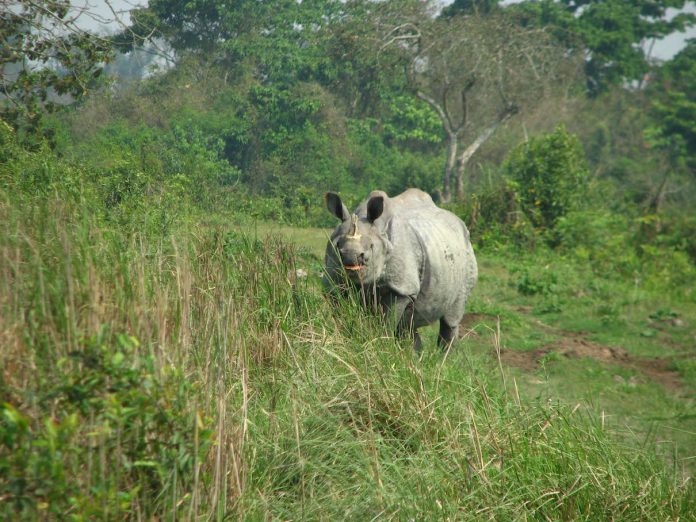 The good news for conservationists is that the population of greater one-horned rhinos in India’s Kaziranga National Park is still on the rise. According to the official rhino census, concluded on March 28, the park’s population now stands at 2,413, up by a dozen from the last tally in 2015.

The not-so-good news, however, is that officials had anticipated a higher number. “The results indicate that there has been undercounting and there are plans to conduct the census once more next year,” said N.K. Vasu, chief wildlife warden of the state of Assam.

The total number of greater one-horned rhinos (Rhinoceros unicornis) counted in the park included 642 adult males and 793 adult females, plus 206 adults whose sex could not be determined. Among sub-adult rhinos, aged roughly 3 to 6 years, there were 116 males, 149 females and 122 of unknown sex. The census also counted 155 calves under a year old and 230 between 1 and 4 years old.

Park officials, however, had expected a higher total, given that the last census, in 2015, tracked an increase of 111 rhinos in two years.

Rabindra Sharma, a research officer at Kaziranga, cited low visibility caused by overgrown vegetation in the grasslands as one possible factor for the unexpectedly low number of rhino sightings. Large tracts of tall grass are burned annually as a part of rhino habitat management, Sharma said. This encourages new growth, providing the rhinos with fresh vegetation to graze on, while also keeping woody species in check.

Normally these tall grasses start drying up in January, and around 70 to 80 percent can be burned by the end of February. This year, however, a longer-than-usual flood season meant that barely 15 to 20 percent of the grasslands could be burned. As a result, Sharma said he suspected many rhinos were simply not spotted in the tall, dense grass.

Other factors may have also been in play. Uttam Saikia, a Kaziranga honorary wildlife warden, speculated that the rhinos might be avoiding areas of the park where heavy machinery was being used to shore up the artificial highlands that provide shelter to animals during floods.

Saikia also pointed to the privately owned elephants that were hired along with their mahouts to escort the census takers through the park. Unlike the forest department’s own elephants, these animals were not well acquainted with the landscape or accustomed to wild animals, Saikia said. This made it difficult for some of the census-takers to go through the dense grass thickets or woodlands, and could have resulted in potential rhino sightings being missed.

Indeed, some of the census takers reported a number of incidents during their work. Indumoni Chetia, one of only two women in the group of 60 enumerators, said she was startled by the sound of a gunshot while scanning the grasslands through her binoculars. It turned out the ranger assigned to her had fired a blank to scare away a wild buffalo that appeared to be about to attack their elephant. The elephant, in turn, “got so petrified that it began running here and there and our mahout [elephant rider] had to spend nearly 15-20 minutes to get it on track,” Chetia said.

Sangita Medhi, the other female enumerator, told of her elephant and its calf being chased by rhinos on two occasions during the second day of counting. Each time the calf saw a rhino after that, it got spooked and began running erratically, prompting its mother to follow suit, Medhi said. “Even the forest guard was about to fall off once from the elephant’s back,” she said. Nonetheless, she still managed to sight about 70 rhinos.

While individual census takers were pleased with their tallies, the overall rate of increase in the rhino population did not cheer the conservationists. “This 0.5% growth rate of the rhino population in KNP during the past three years since 2015 is worrying as it indicates the possibility that the rhino numbers in KNP may be nearing its carrying capacity, and more area is required to accommodate them,” said Anupam Sarmah, head of the Assam landscape program at WWF-India.

While senior officials at the Assam Forest Department are considering holding a rhino census next year, rather than in 2021 as scheduled, Saikia, the honorary warden, recommended that any future plans and habitat preparedness be evaluated by a committee of experts. Privately owned elephants can be requisitioned for census work, he said, but must be trained beforehand to acclimate them to forest conditions. He also advocated for the use of more up-to-date surveying techniques. “It is time for the park to upgrade the census technologically giving more stress on accuracy with scientific inputs,” he said.

Others point to weaknesses in the survey methodology. According to Sarmah, the total-count method that was used is more appropriate for smaller areas. For a park the size of Kaziranga, he argued a system known as the line transect method would be more appropriate. This method is based on distance sampling: lines are drawn at random across a study region, and an observer travels each line using a rangefinder and a compass to record the perpendicular distance from the line to each of the detected animals. Traveling along a straight line, observers cannot spot all of the animals in the surveyed strip, but their findings can be used to model the probability of detection in the study area, and thus estimate the density or abundance of the species.

This method, which is already in use for estimating herbivore population density in India, greatly reduces the odds of both double-counting and failing to spot animals, Sarmah said.

The census relied on a mass effort by more than 300 forest personnel, members of conservation groups and wildlife-loving volunteers to perform a headcount of the rhinos in the species’ most important stronghold, said Kaziranga divisional forest officer Rohini Ballav Saikia. “It was a juggernaut,” he said.

Officials divided the 430-square-kilometer (166-square-mile) park into a grid of 74 compartments, each assigned to one census taker. Sandwiched between an elephant and mahout in front and an armed forest guard behind, the census takers set out for the forests at 5 a.m., scanning their areas for rhinos and marking the GPS locations for the next seven to eight hours.

Those who participated called it a labor of love.

“Our first reaction on sighting a rhino was obviously a squeal of delight. Adjusting the binocular further for a closer view, we simply gaped at the magnificent animal in awe for the first few seconds,” said Chetia and Medhi, both researchers from Gauhati University’s Department of Zoology.

It was the first rhino census for the pair. On the first day Chetia was given a compartment in the Bagori (western) range of the park, where she covered about 5 square kilometers (1.9 square miles). “I sighted nearly 60 rhinos,” she said excitedly.

Beyond the excitement of simply spotting rhinos, census takers looked for signs of each animal’s sex and age. Kamal Azad, a wildlife biologist at the regional office of the National Tiger Conservation Authority in Guwahati, said overall size was the most easily perceptible difference. Males, he said, are bigger and bulkier than females, with thicker skulls, bigger shoulder muscles and a prominent arch on their backs. It’s also sometimes possible to spot a male’s genitals from behind. Calves, meanwhile, are smaller with undeveloped horns, are generally found close to their mothers, and lack the prominent knobby skin folds found in adults. In between are sub-adults, who are beginning to show signs of maturity, such as developing horns.

The two-day census on March 26 and 27 was followed by random sampling of the rhino population in 16 compartments of the park on March 28. The figures were then scrutinized and collated by a technical committee before being announced on March 29.

WWF’s Sarmah said the census was not just about generating a number. The exercise also keeps park management abreast of the status of the habitat and the population, giving insight into the distribution of rhinos in the park and how best to carry out habitat management in the future.

Sarmah also pointed to encouraging signs in this year’s figures: the abundance of calves and sub-adults indicates that the park’s rhinos are healthy and breeding, while the male-to-female ratio of 1:1.2 offers reason to hope the population will continue to grow.

Banner image: One of the 2,413 rhinos counted during the 2017 census. Photo by Moushumi Basu for Mongabay.

We need to focus both on increased consumption and population growth 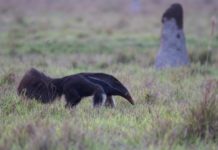 The unknown Cerrado and its colossal biological relevance (commentary) 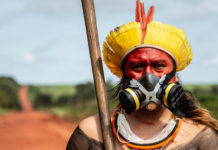