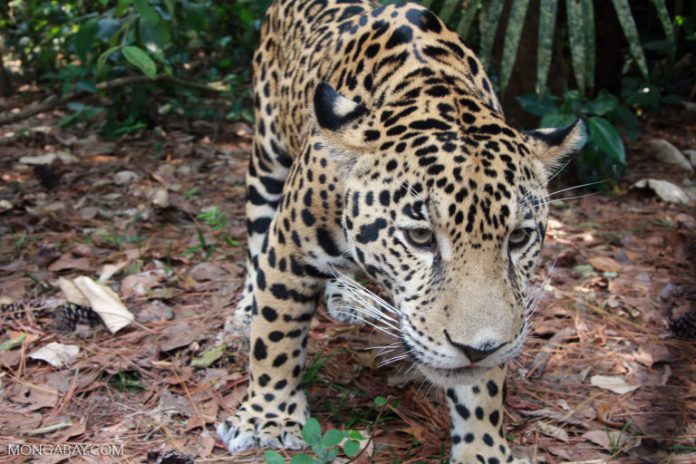 The top stories from our Spanish-language service, Mongabay Latam, looked at jail sentences for wildlife traffickers in Bolivia; conserving river dolphins in Venezuela and culling lionfish in Colombia; and shark bycatch in Chile.

Jaguar-tooth traffickers get up to four years’ prison in Bolivia

A Bolivian court has set a legal precedent by sentencing traffickers in jaguar parts to up to four years in prison. While prosecutors failed to convince the panel of judges of the magnitude of the case, they plan to present a wider legal reform next year. A prosecutor said the government would seek new charges against the convicted traffickers, who are Chinese nationals resident in Bolivia, for illegal enrichment and treason, which carry higher sentences.

Venezuelan researchers have created a 10-year strategy to conserve river dolphins and other aquatic mammals in the Orinoco and Amazon regions. Almost 10 years ago, a group of researchers from Ecuador, Bolivia, Peru and Venezuela met to formulate a regional plan for the conservation of river mammals. Given the exodus of environmental researchers from the country, Venezuela was the last to present its plan. Five mammal species inhabit its rivers, including the Amazon river dolphin (Inia geoffrensis), Guiana dolphin (Sotalia guianensis), giant otter (Pteronura brasiliensis), neotropical otter (Lontra longicaudis) and West Indian manatee (Trichechus manatus).

Colombian national parks are launching fishing tournaments to control the invasion of lionfish in their Caribbean coasts. The coral-dwelling red lionfish (Pterois volitans) reproduces rapidly, threatening hundreds of native species. Populations of its natural predators, such as the Atlantic goliath grouper (Epinephelus itajara) and sharks, have decreased. And without a market for lionfish, there’s little economic incentive to catch these venomous fish.

Deforestation in Peru accelerated in past two decades: study

While Chileans don’t eat all that much shark, thousands are caught accidentally every year. Of the 56 shark species in Chilean waters, only shortfin mako (Isurus oxyrinchus) and blue (Prionace glauca) sharks are eaten — marketed as albacore tuna. While these two species account for the bulk of bycatch, other species are also netted, including common threshers (Alopias vulpinus), dogfish (Squalus spp.), porbeagles (Lamna nasus) and smooth hammerheads (Sphyrna zygaena). All of these are listed as vulnerable by the IUCN. Porbeagles and hammerhead sharks are included in Appendix II of the CITES Convention.

Read these stories in their entirety in Spanish here at Mongabay Latam.

Banner image of a tucuxi dolphin (Sotalia fluviatilis), also known as the gray bufeo, that lives in the northern and eastern tributaries of the Amazon. Image by Fernando Trujillo/Omacha Foundation. 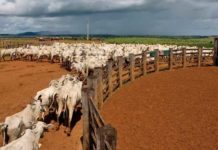 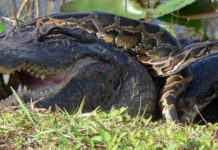 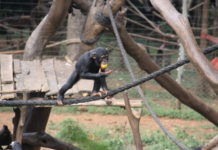