Cryptocurrencies such as Bitcoin, Ethereum or Ripple are currently on everyone’s lips and are fundamentally changing the financial world. Digital currencies do not belong to any institution and are not subject to state influence.

Cryptocurrencies such as Bitcoin are also referred to as the new digital gold, which has even outperformed the most important stock index, the S&P500, in terms of returns since 2013. In addition, Bitcoin is also regarded as very volatile, but also as a possible financial instrument with great profit opportunities especially when using the bitcoin system website.

Bitcoin’s share price has lost value since its all-time high in December 2017 until today, but has nevertheless risen sharply since its launch in 2009. In addition to the cryptocurrencies mentioned above, a project from Germany, IOTA, has proven to be particularly innovative, as it does not rely on the classic blockchain technology, but on the Tangle protocol.

IOTA – Cryptocurrency Made in Germany

IOTA is called the cryptocurrency for machines because the transaction costs are in the micro range. Therefore, IOTA is perfectly suited for micropayments. There are no transaction costs and payments are processed almost in real time.

IOTA also has a large network of partners and has already convinced Bosch to invest in the company. Most recently, IOTA entered into a partnership with the Future Farm Consortium in Norway to digitize agriculture.

The IOTA Tangle will serve as a data broker and ensure data integrity. A round bale marketplace will continue to be designed to allow farmers to manage their current stock and look for available round bales. Although this is a pilot project, it demonstrates the extensive possibilities that new innovative technologies bring.

The leading cryptocurrency for decentralized applications (dApps) is Ethereum. Ethereum is not only an alternative to Fiat currencies, such as the Euro or the USD, but also offers Smart Contracts and thus the possibility to map practically all processes on the blockchain.

Microsoft has also recognized this potential and developed the Enjin project, a blockchain-based reward program for Microsoft Azure on Ethereum. The new project is called Azure Heroes and is intended to inspire people to coach other developers on Azure and thus support the growth of the platform.

The aim is to reward programmers for developing demos, sample code or creating high-quality content. As so-called rewards, members can receive digital collectibles or tokenized badgers. The Community Hero, for example, is only available 100 times on the platform, whereas the Mentor is represented 1,000 times.

The actual right of ownership of the presented Heroes is represented by non-fungible tokens. Further possible uses of the Ethereum Blockchain are the conclusion of credit agreements or the signing of notary contracts. Further news about cryptocurrencies like Ethereum can be found at https://www.crypto-news-flash.com.

Estonia no longer has a tax office. Instead, everything is handled exclusively via the public blockchain that exists there. The blockchain is unchangeable and cannot be manipulated and thus offers proof of knowledge that cannot be falsified, which can be used in the most diverse areas of the economy, public life or industry.

Experts predict that cryptocurrencies will have a significant impact on our lives. Central banks around the world have also announced that they will explore the possibility of issuing a central bank-based digital currency. China can be cited as a prominent example, as the Middle Kingdom intends to launch a pilot project at the end of this year. This makes China the first country in the world to launch a digital currency covered by the country’s central bank.

Another prominent example is the Facebook-designed Stablecoin Libra, which is composed of a currency basket of more than 5 different fiat currencies and several government bonds and receives its value from them. Within Europe, however, Libra has met with strong resistance from both politicians and the general public.

The CEO of Ripple, Brad Garlinghouse, makes clear in some interviews that Facebook has a confidence problem. Particularly in the financial market, trust is the basis of any further efforts to drive forward further developments. Facebook has had a negative impact on the headlines as a result of several data scandals, so that this distrust must first be reduced step by step through further measures.

In the age of negative interest rates, cryptocurrencies appear to be a worthwhile investment, as their value can rise in the long term. Nevertheless, it should be noted at this point that cryptocurrencies nevertheless represent a major investment risk, as the drop in value from 2017 to the present day has shown.

It remains to be seen which further noticeable influences Bitcoin, Ethereum and Co. will have on our everyday life.

DeepTradeBot, the innovation of large companies at your service 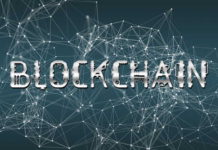 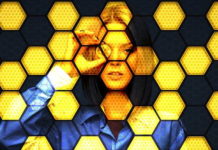