Times are tough in South Africa at the moment. The unemployment rate is at an all-time high, and the country’s economic growth has slowed down. We’re also starting to feel the knock-on effects of the coronavirus epidemic.

While we, and the rest of Africa, have largely been spared so far, our economy is still suffering because of the epidemic. The cancellation of flights to China has hit our West Coast lobster industry hard.

With the economic slowdown in China, industries importing goods are also likely to feel the effects. So, while we may not have our burgeoning number of cases of the virus yet, it’s still leaving a swath of destruction in its wake.

This could bode ill in a country where around one in three people is unemployed. What’s even more concerning is that the scammers are out in full force, too. In this article, we’re going to hone in on a tried and true favorite—the Bitcoin scam.

We’ve noticed a serious uptake in the number of “Bitcoin investors are making $5,700 a day, ask me how” posts on social media lately. You do get the odd person calling these posts out as a scam. What’s of concern, though, is how many people state that they’re interested.

That’s what prompted us to write this article in the first place. We’re going to dispel some myths about Bitcoin so that you can recognize these scams for what they are.

The scammers will typically sell you on a guaranteed investment. They’ll get you to invest a lump sum. You’ll get papers that look legitimate and leave your investment to grow. When you want to take the money out, though, there’s always an excuse.

The scammer might even try and convince you to invest more. They’ll say that because the market is down, it’s a great time to invest. Insist on getting your money back, and they’re out of there.

The returns are too good to be true, literally. The scammers rely on the limited amount of knowledge that most of us have when it comes to cryptocurrencies.

We all remember how, in 2017, Bitcoins price surged to just under $20 000. Everyone and his uncle had heard of someone who’d become a Bitcoin millionaire. It was a hot topic of conversation at every braai and cocktail party.

Unless you invested, though, you probably didn’t know that this high only lasted a week or so. The currency almost halved after it’s meteoric rise.

The market is highly volatile because it’s purely market-driven. There are no underlying assets to create value here. If Bitcoin is in fashion, the price goes up. If not, the price goes down. If everyone lost interest tomorrow, the currency would be worthless.

As it turns out, the rise and fall of Bitcoin in the 2017–2018 period was a carefully orchestrated market manipulation by big investors.

If anyone offers you a guaranteed return on Bitcoin, they’re lying. There’s no such thing.

What the scammers don’t want you to know is that you don’t need them to invest. All you need to do is to register with an exchange. See here to check which exchanges operate in South Africa. Most exchanges require proof of identity and a recent photo to confirm you are who you say you are. You then fund your account, and you’re ready to buy.

Investing in cryptocurrencies is very high risk. Between 2009 and 2018, 80% of coins went bust. To be fair, there were some crooks among that lot. Many other coins were formed in an ill-advised rush to cash in on Bitcoin mania.

The older, more established coins, such as Bitcoin, Ethereum, and Ripple, are still doing okay. At least with Bitcoin, you’ve got options. Microsoft, Playstation and many other companies now accept Bitcoin payments. The currency has a useful value.

Even with the established coins, though, there are issues. Let’s go over a couple of them.

Experts forecast that the Bitcoin halving will occur in May of this year. It’s an event that we’ve been anticipating for a while. When the currency was created, Satoshi Nakamoto, the developer, decided to issue a limited number of coins.

The idea was to help the currency beat inflation by creating a limited supply of 21 million coins. When we reach that number, no more coins will be issued.

To ease the transition and prevent a massive surge in price at the end, Nakamoto built halving into the design. As soon as a certain number of coins are mined, the reward paid to miners solving blocks is halved. This is the third halving we’re facing.

The Bitcoin network runs on a proof of work concept. This means that transactions are verified through the use of complex equations. Those who verify the transactions are known as miners. The miner that solves the equation first earns coins.

With the current size of the network and the number of miners, it’s becoming harder to solve the equations. The downside is that you now need a highly specialized rig if you want a chance. These rigs require a lot of power.

Considering the current state of Eskom and the ever-increasing price of electricity in South Africa, mining is expensive here.

Why Is This Halving Important?

In both times previously, the upcoming halving spurred a lot of interest. The price rose significantly. While the price this time has risen, it’s not to the same degree. Another difference is that the price increase started much later than expected.

Interestingly enough, the coronavirus has also had an effect here. Experts previously looked upon Bitcoin as a “safe haven” investment when the regular stock market was down. With coronavirus, we’d have expected an upsurge in interest in the currency. That hasn’t happened.

The combination of the lower than expected increase in price and the upcoming halving of rewards could be problematic. Miners might not feel it’s worth it to continue. As a result, we could see the network transaction processing rate slowing down.

Ripple Is Causing a Ripple in Legal Circles

Of more concern, though, is the pending lawsuit against Ripple. Investors are suing the company for losses after investing. They claim that the company was in breach of US security regulations.

The outcome of this case is very important. Ripple applied to have the case dismissed out of hand. The judge chose to let it go forward. If Ripple is found to be guilty of security fraud, the repercussions for both the currency and the cryptocurrency industry as a whole could be significant.

If the court rules against Ripple, it could set a precedent for other class-action lawsuits against other cryptocurrencies as well.

What does this mean for would-be investors?

It means going into investing in this area with your eyes open. You could make money, but you could also lose everything. Anyone promising you a profit is a scammer.

Wrapping It All Up

Fire up the braai, this scam is cooked. Those interested in the market can invest quite easily themselves. They do, however, need to do their research beforehand. With this kind of investment, it’s not a good idea to invest money you can’t afford to lose. 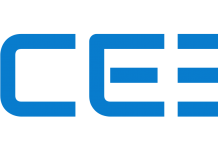 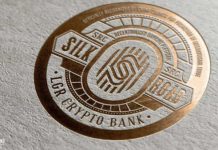 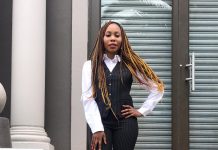