Home Cryptocurrency Beyond the spam: The new era of crypto gaming is about finding...

Cape Town – There is perhaps one word that captures the seismic digital shift that’s taken place in the Web3 space over the past few months – sobriety. Cryptocurrencies have dipped, non-fungible tokens (NFTs) have slowed and there is, as McKinsey puts it a significant amount of ‘digital debris’. However, the firm also points out that bad actors and poor use cases do not a failure of this technology make. The opposite is, in fact, the reality. While there are risks to NFTs, crypto-gaming, and cryptocurrencies, there are equally opportunities – the technologies that underpin the innovations are proving their value across multiple sectors, applications, and industries.

Web3 gaming projects have shown significant gains over traditional cryptocurrencies like bitcoin. For example, last year bitcoin grew from 20k to 68k while Web3 game Star Atlas was up 19465% over a similar period (from $0.00138 to $0.27). Most of these gains have since been erased, illustrating the risk reward in this nascent sector versus the “blue-chip” cryptos such as bitcoin and Ethereum. Ultimately there is far more room for gains on projects that can survive and iterate.

So, as the market sobers up and starts thinking clearly, the key trends for the future of Web3 gaming are slowly emerging, and they’re bringing within them the interesting, the simplified and the extraordinary.

Trend 01: A year of sobriety and reliability

Like most hyped-up technologies, Web3 gaming has been done a disservice by the cash grabbers and unethical actors that leapt on the digital train, but it is likely to continue its steady move towards sobriety with lower valuations but with improvements in service delivery and functionality. Companies that have invested into this space with a clear vision of the long-term value it delivers are digging down into the foundations of the platforms and technologies to make them less complex and more reliable.

“There will be a washout of the cash grabs while those in it for the long haul will get down to solving the major issues that face this space,” says Timothy McCann, Fund Manager at Metavest Capital. “There is a lot of work to do, especially when it comes to reducing the pain points of a first-time user. As a result, there will be a much higher adoption of games that integrate elements of blockchain over the next two years alongside an increase in the 10m wallets active today.”

This is a view echoed by a recent analysis of the Web3 gaming market in VentureBeat that underscored how the Web3 gaming high barrier to entry – siloed economies and experiences – will inhibit gamer uptake because, as the publication points out, ‘high friction equates to low fun’.

Despite limitations and perceptions currently inhibiting the full growth potential of the market, it remains one of the most high-growth sectors in the investment space today. In 2022, investment into blockchain gaming achieved the $US5 billion mark and market analysts and investors are still paying attention to the potential that lies within its digital hands.

“The process of selecting investments comes down to a blend of objectivity and subjectivity,” says McCann. “Objectively, does the company have a team that has shown it can pull off this project? Does the company have sufficient runway to make it to market? Subjectively, does the game look fun? This is a trickier question because often the indie studio of five produces better games than the billion-dollar studio, but this is where it’s key to rely on gaming analysts to provide their assessments to ensure viability.”

The next 12-24 months will see the launch of impressive offers from Web3 gaming that will garner attention from the global gaming audience and will be a catalyst for traditional gaming studios and publishers to start seriously investing and evolving with the times. There has already been a surge in the quality of games produced in Web3 gaming that’s led by a crossover of Web2 gaming specialists in the space.

By the end of 2023 there will be the signs of a full hybrid blend between Web2 and Web3 gaming. This will be the point when gaming will have transcended the divide between the two and there will be only one gaming industry left behind – one where gaming studios, publishers, gamers, and guilds interact to produce products that are community-driven but still quite centralised. The games will use blockchain, NFTs, cryptocurrency and other innovations that are easier to use and that have moved from complicated concepts to an accepted part of daily life.

“This blend of the two worlds, let’s call it Web2.5, will be the point when the gaming industry evolves to absorb the technologies and innovations that make sense and commit the rest of the crypto noise to the crypts of history,” says McCann. “It will also see a move from the established gaming landscape to one where immersive and inter-connected landscapes are enabled by new underlying technology. Where the AAA gaming studio has blockbuster titles with crossover and a similar publisher in Web3 links the titles through a metaverse with real economies and markets for in-game assets.”

This publishing model lends itself to a more immersive experience, in theory, and has yet to fully evolve into this potential, but it does offer gaming developers the opportunity to really dig deep into a title and drive its chances of success. Game studios are super at building games but often lack distribution power which makes Web3 gaming a solid route for established publishers to collaborate or partner with Web3 companies that have a smaller footprint and less experience so that they can both get quality titles to the market.

Moving forward, there are also likely to be noteworthy innovations across gaming infrastructure, open-source platforms, free-to-play models and how AAA interacts with Web3 gaming. The market is moving away from instability, cash crabs and over-hyped ideas towards a new era in gaming. An era that’s defined by collaborative engagements, innovative experiences, digital property rights, and the intelligent use of tech to embed security, trust, and transparency. 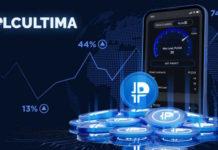 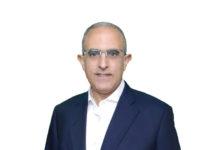 IS THIS THE DEATH OF CRYPTO? – A FINANCE EXPERT WEIGHS IN. 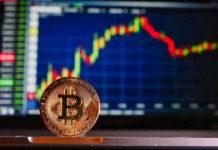 The Role of Automated Market Makers in Maintaining Crypto Liquidity