On the 8th of July 2019, the New York Times published an article which speaks to the core of the gender pay gap in sport. The male and female teams achieved opposite results; the USA Women’s Soccer Team won the 2019 FIFA World Cup (Their 4th World Cup victory) while their male counterparts lost the final of their Regional Championship against Mexico. This contradiction of fortunes has once again brought to the fore the issue of gender pay inequality, not only in sport but other professions as well. The article states that the USA Women’s Soccer Team have in the past campaigned for equal pay (equal to their male counterparts) and currently the team has “collected more trophies and begun to produce more revenue than the men”. Two examples of this inequality are:

The combination of superior results and revenue generation are the most compelling pieces of evidence that this inequality should not persist.

Although this is only one example of pay inequality, income and pay inequality continues to persist in various shapes and forms across the world. South Africa, as a result of the legacy of apartheid, has a number of inequality challenges and disparities such as employment and equal pay. The Equal Pay for Work of Equal Value Legislation stipulates the grounds on which it is decided whether discriminating between two employees’ levels of pay is justified or not.

The essence of this legislation is that it seeks to ensure that individuals that perform substantially the same (sufficiently similar) level of work are remunerated in a consistent manner so that the level of work and level of pay correlate to one another. This legislation requires monitoring pay practices within singular organisations rather than across industries or the national market .As a result the legislation focuses on internal relativity between employees’ remuneration. The legislation is designed to support pay equity through limiting and/or reducing unfair discrimination and unfair discriminatory practices. Examples of unjustified reasons for differentiating employees’ pay are:

However the following proviso should be noted – Discrimination is not unfair if it is in the pursuit of affirmative action or inherent to the job. The legislation is not confined to remuneration only but also covers the terms and conditions of employment.

Work of equal value is defined in three categories:

The legislation does make provision for fair discrimination. These are some of the differentiators that can be used to discriminate fairly:

Recently, a number of cases claiming that this legislation has been violated have been filed. Often the rationale behind why these cases have been filed is not fully understood by the employer as a result of a limited understanding of how to prepare a solid defence against breaching the legislation. Although a number of actions can be taken in response to the legislation, four specific items are of particular importance.

The prevalence of Equal Pay for Work of Equal Value disputes finding their way into the market is on the rise and will continue to rise for the foreseeable future. Most organisations have fair pay practices in place but this does not mean their employees won’t challenge them under the Equal Pay for Work of Equal Value legislation. Employers can make sure that they have the correct building blocks in place to enable them to not only manage but also document their position with reference to the legislation. This will ultimately allow them to defend their position in the face of unfair pay allegations.

21st Century is one of the largest full-spectrum specialist Remuneration and Reward consultancies in Africa, with national and international capability. We have more than 60 skilled employees, and service over 1700 clients, including Government, Parastatals and two thirds of the companies on the JSE. We place a large emphasis on sustainable remuneration, transformation and social upliftment, and are focused on your organisation’s strategy at all times… assisting you to achieve your business objectives, drive your company’s performance, engage and retain your staff and comply with legislation.

AppsFlyer Raises $210 Million, Positioning Attribution at the Core of the Marketing Tech Stack 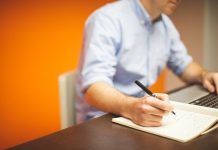 What Are The 5 Stages of Project Management? 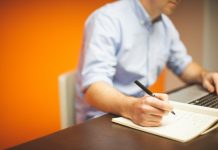