South Africa’s leading home appliance repair and maintenance brand is poised for spectacular growth thanks to the success of two pro-business processes introduced by local lawmakers. The firm used both the Department of Trade and Industry’s ‘business rescue’ legislation and the SARS Section 12J tax incentive scheme to shake off recent trading difficulties and emerge revitalised, ready to create jobs and contribute meaningfully to the broader economy.

MasterCare, established in 1974, ran into trouble three years after its 2009 acquisition of EarlyBird Services from Ellerines Holdings. The firm faced a perfect storm of post-acquisition challenges including overstated revenue estimates, old and underutilised infrastructure and unprofitable stores. As cash flow dried up management was left with one of two choices – either close doors and go into liquidation or enter into a business rescue arrangement to see whether the business could be saved. Management opted for the latter and Neill Hobbs of Hobbs Sinclair was appointed as the business rescue practitioner in 2012.

“Hobbs and his team looked at every aspect of the business and realised its vital role in the domestic home appliance repair industry,” says Wesley Rabie, current CEO of MasterCare. “They optimised the business model and created a ‘leaner and meaner’ operating infrastructure to deliver sustainable growth”. He credited Hobbs Sinclair with creating the space necessary for the management team to focus on the business plan rather than obsessing over day-to-day operational issues. The only missing ingredients at this point were a clear strategy and  capital – enter Anuva Investments, a section 12J-compliant Venture Capital Company (VCC) which acquired a majority share in MasterCare in 2015.

The combination of business ‘smarts’ and ‘fresh’ capital put MasterCare on a totally different business trajectory. “Capital is one thing,” says Rabie. “But we benefited from the business acumen of Neill Hobbs as well as inputs from the ‘captains of industry’ behind the Section 12J venture capital company”. He adds that the five year minimum investment term for such investment creates a strong incentive for investors to get involved. “As the business rescue process unfolds you reach a point where a clear direction and an injection of fresh capital becomes an imperative for business success,” says Larry Worthington-Fitnum, co-founder and director at Anuva Investments Ltd. “What separates our fund from other VCCs in this sector is that our investors go out of their way to leverage their networks and experience to the benefit of the acquired business”.

The business rescue process and subsequent Section 12J investment saved 80 jobs at MasterCare and prevented countless job losses in the broader repair industry. “We currently support more than 140 small service agent businesses across the country as well as a handful of spares suppliers – often as the agent’s largest client,” says Rabie. If MasterCare had gone into liquidation instead of business rescue he estimates that a third of the smaller agencies would have struggled to stay in business, with many additional job losses.

The new business has emerged ‘lean and mean’ and ready to achieve real jobs, turnover and profit growth. “We have streamlined our operating infrastructure and refocussed the business on sustainable growth opportunities with the result our headcount has increased by 8% in the past year,” says Rabie. MasterCare is better-positioned than ever with great technical staff, an industry-leading CRM system and ‘fit for purpose’ products and services. He jokingly refers to the group as a “45 year old start-up” made up of motivated staff who carry out their roles with respect for one another, for their customers and for their brand partners.

The influence of the tech-savvy directors at Anuva Investments is already showing. There are plans afoot to venture into repair and servicing of higher level technology products as well as to leverage technology to improve service delivery to customers. “Our company culture is that of a start-up under a revitalised brand – and our focus is on disrupting our sector, exceptional customer service and delivering an innovative product offering that offers real value,” says Rabie.

The MasterCare experience shows that liquidation should only be considered as a last resort. “Business rescue gave us the opportunity to take a company that had been around for almost half a century, recognise the value in the business model and turn the company around,” concludes Rabie. “The marriage of business rescue and section 12J venture capital has kept us alive, returning this business to profitability while saving existing jobs and creating new work opportunities”.

MasterCare is a leading name in home appliance repairs and maintenance, operating from a national network of wholly owned stores and contracted service agents. The firm is majority owned by Anuva Investments (a section 12J-compliant Venture Capital Company) and minority shareholders, including private equity investor, NEDI Investments. MasterCare was established in 1974 to coincide with the arrival of television in South Africa. It was bought by Teljoy Holdings in 1987 – underwent a management buy-out in 2001 – and acquired its largest competitor, EarlyBird, in 2009.

Anuva Investments Ltd is a section 12J compliant Venture Capital Company (VCC) that creates value by skilfully combining capital with selected business opportunities, under the guidance of an expert investment and management team. Anuva was incorporated in 2014 in accordance with section 12J of the South African Income Tax Act and has raised more than R265 million in capital since. It is licensed as required under the Financial Advisory and Intermediary Services Act.

The South African Revenue Services introduced the Section 12J tax incentive scheme in 2009 to stimulate job creation, small business development and economic growth. It allows South African taxpayers to deduct 100% of their investments into qualifying VCCs from their current taxable income. The following example illustrates the position at end-February 2019:

A taxpayer who earned R2 million in the 2019 tax year would be liable for R900,000 in taxes. If this taxpayer invested R1 million in a qualifying section 12J VCC he or she could reduce their tax liability by R450,000.

The main motivation for investing in a section 12J VCC is the ‘up to’ 45% reduction in tax payable in the tax year the investment is made. Looking at the recent past, a basic analysis suggests that an individual taxpayer who opts for an upfront reduction in his or her taxes coupled with a five year section 12J investment could outperform another who takes the tax hit in the current year and instead invests in the market. (The same rationale applies for section 12J investments made by companies or trusts, though the tax concession for a company is limited to the top company tax rate of 28%).

Analysts warn that investors should seek out VCCs with the potential to deliver long term financial value on the back of high-quality investments rather than focusing on the upfront tax benefit. Before investing they should consider the minimum investment term of five years; the cost structure applied by their preferred investment vehicle; and the quality of its underlying investments. They should also be aware of the additional tax implications triggered upon exiting the investment.

Upon exiting the investment, the base cost for the taxpayer’s capital gain calculation is set to ‘zero’ to compensate for the initial tax benefit. The capital gains tax liability on the Section 12J VCC investment is thus higher than that for investments made outside of this arrangement. 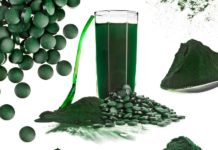 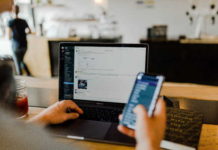