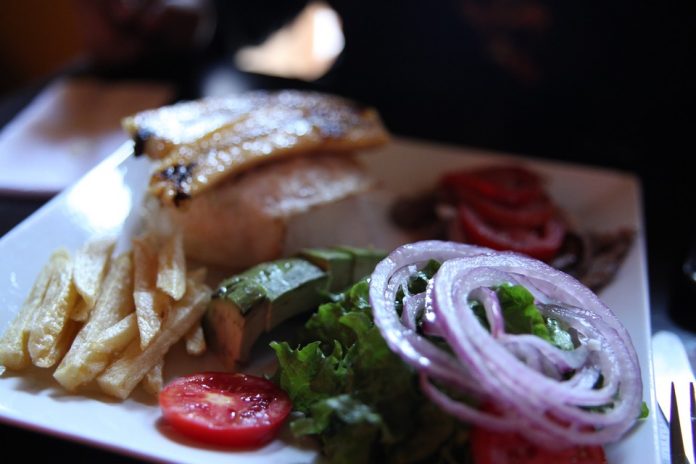 The transformative development of Peruvian cuisine in the last decade or so has been nothing short of astonishing. When looking at the cuisines that constitute the modern high gastronomic landscape, you will find all the usual suspects. French and Japanese cuisines dominate, Italian and Spanish concepts are snapping at their heels… and where do we go from here? For many, the next great global cuisine is Peruvian.

In every culinary capital in the world, Peruvian food is slowly stamping itself as a consistently fantastic option. In London, we have fan favourites such as Chotto Matte, a fascinating execution of the world famous Nikkei kitchen (Japanese-Peruvian fusion). In New York, Lisbon, Copenhagen and the rest, this once unknown cuisine is triggering earthquakes within the culinary establishment. In an industry that traditionally demonstrates elitist eurocentrism, the impact that world class Peruvian restaurants such as the flagship and original influential restaurant Astrid & Gaston as well Virgilio Martinez’ Central, which is constantly ranked in the top 10 restaurants in the world have had cannot be understated. They have worked tirelessly to place Latin America on the gastronomic map and have redefined perceptions of Andean and indigenous cuisines, reclaiming their heritage and rejecting the established notion of fine dining.

How has national identity been shaped by this food revolution?

The boom in gastro-tourism stems, for many, from an intense national discourse on the importance of cuisine. The way that the Peruvian population has reacted to this explosion in fine cuisine has been of equal, if not greater, interest to analysts of the movement in recent years. Judith E. Fan in her journal “Can ideas about food inspire real social change?: The case of Peruvian gastronomy”, speaks in great length about the marked shift in attitude of many Peruvians. The journal argues that gastronomy has become a point of inspiration and motivation for many young Peruvian boys and girls and is seen as a vehicle for social mobility. Important outreach projects such as the culinary school at the Instituto Pachacutec, operating in the poorer neighbourhoods of the capital Lima are the sorts of changes that have led people to claim that “in Peru, kids dream of becoming chefs, not soccer players”. The movement has inspired the younger generations, with heroes such as Virgilio Martinez becoming cult figures across the nation. Many critics of the movement point to an apparent over-elitist high gastronomic movement that excludes large swathes of the population, and that privileges only small percentages of the Limeño (residing in Lima) elite. Although theoretically correct, and although it would appear problematic to have such luxurious cuisine in a country with high levels of poverty and suffering, I would like to level the opinion that it is equally problematic to make assumptions on the reaction to the gastronomic movement on behalf of the Peruvian population. In the same way that professional footballers live an unattainable level of luxury for 99% of the population, but still capture the hearts of billions of people worldwide, can we not apply the same logic to these chefs?

Remember: The numbers do not lie. A poll conducted by Apega, the Peruvian Gastronomic Association, found that 39% of the population see gastronomy as the number one source of national pride. This is nothing short of astounding. It is the emblematic statistic that summarises the shift in the country. This is a country which has one of the strongest prehistoric cultures in the world and possesses one of the 7 wonders of this planet, enough for most to be proud of… but no. For many in Peru, gastronomy is their country.

How has this translated into a gastro-tourism sector?

The commercial marketability of ‘the best cuisine in the world’ has been remarkably seized by the government and the relevant institutions, repositioning the entire focus of tourism strategy to incorporate and embellish the country’s reputation as a food centre. In a fascinating article by Velvet Nelson, the systematic nature of a nationally led initiative is explored, whereby there is an employment of a constant and calculated exploitation of a notion of exoticness for foreign visitors. Peru is utilising tactics such as the frequent “highlighting” and reiteration of ingredients that are familiar with a foreign audience, such as potatoes, but stresses any features that may be unfamiliar, it is a very smart tactic indeed! The article introduces the theme of destination image and the notion of food as the motivation for travel for some travellers. Nelson proposes that by propelling its culinary culture to the forefront of its advertising and marketing campaigns, Peruvian economies are trying to reshape the entire image of the country for tourists. It is a fascinating theory that is beautifully partnered by complimentary academic work, such as “Gastronomy as an element of attraction in a tourist destination: the case of Lima, Peru” by Galvez et Al. This article focuses on what can be considered the mirroring element of Nelson’s theory. Instead of focusing on efforts by the Peruvian government, Galvez et Al have compiled detailed research looking into recent trends in the motivations of travellers. The theory of gastronomic tourism is hinged on the obvious distinction made between tourists that travel with the sole intention of consuming food from a country, as a form of cultural participation and through personal interests (in my case, obsession) with gastronomy, and tourists that simply eat food in a country as a form of necessity. The article essentially concludes that more and more tourists are indeed travelling to Peru with food as the major contributory factor.

This theoretical groundwork is crucial to the purpose of this article. When we consider that Apega estimates food tourism in Peru to have a value of an eye-watering USD$5 billion, it is very easy to jump to misguided conclusions. The reality is not just a convenient marriage of tasty food and a lot of wealthy tourists. This has been a carefully moulded and meticulous process that has been very much sculpted by authorities within the country, and much to the interest of potential investors, it would appear there is lots to be done to boost the industry even more.

What are some of the investment opportunities available?

The Independent newspaper explains how legislation concerning the establishment of fine dining restaurants can be a very overly bureaucratic process, can take up to 3 years to complete. Furthermore, there is a lack of well-trained table-staff, with most budding Peruvians looking to become chefs. Any investors looking to tap into the incredible popularity of Peruvian cuisine will take these flaws as fantastic investment opportunities. Is there scope for the development of a restaurant-group industry, or some innovative solution where restaurateurs can open restaurants in a shorter time period than normal? Is there room, in amongst all the noise being made about the country’s chefs, for the development of a National Institute of Waiting Staff?! What is for sure, is that in a country that has attached so much importance to the maintenance of its status as a culinary destination, an innovative and creative interpretation of the food scene could be a hugely profitable business.

“Due to the complicated nature of the Peruvian legal system, we would highly recommend that all food connoisseurs considering working with a local partner, and then leveraging their local knowledge to navigate the way through the complexities of the local market. In fact, the first hurdle that many new market entrants face is how to complete the Peruvian company incorporation process”.

Very few would argue that the developments over the last 15 years in the Peruvian culinary scene have been among the most interesting developments in the global food industry. The extent and intensity with which food has been adopted into the heart of Peruvian national identity are unprecedented, and the subsequent way that this has been embraced by tourists with adventurous palates has proven to be a money spinner for the South American country. Perhaps more than ever before, fine dining is on the lips of professionals that are flourishing in a time where the middle class is, for the most part, growing steadily. In the case of foreign investment into the Peruvian culinary scene, given the already astronomical figures associated with culinary-motivated tourism, any minor disruption to the status-quo could prove to be an illustrious business opportunity. 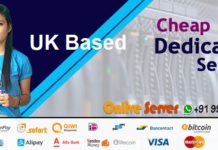