At least twelve people have been killed, thousands displaced, and businesses wantonly looted during the violence that began in late August 2019. Those responsible for previous waves of xenophobic violence in South Africa, including the 2008 violence that left 62 foreign nationals dead and the attacks against foreign truck drivers earlier this year, have rarely faced any penalties for their crimes.

“The vicious cycles of xenophobic violence are spurred by lack of effective policing to protect foreign nationals and their properties,” said Dewa Mavhinga, southern Africa director at Human Rights Watch. “Merely condemning xenophobic violence is not enough to stop it – the police should thoroughly investigate, arrest, and bring to justice the attackers.”

Police Minister Bheki Cele told the media that, over the last few weeks, the police have arrested more than 600 people on various charges related to public violence and looting, malicious damage to property, and grievous bodily harm. Human Rights Watch is concerned that, as with previous waves of xenophobic violence, prosecutions will fail if police investigations are not thorough.

On September 3, President Cyril Ramaphosa posted a video message on Twitter in which he condemned the violence in the strongest terms and called for it to stop immediately. The violence, however, has not stopped.

Human Rights Watch has documented the sporadic violence since late August targeting African foreign nationals and their businesses in parts of Durban, Pretoria, and Johannesburg, and the surrounding areas of Germiston, Thokoza, Katlehong, Alberton, Jeppestown, Hillbrow, Alexandra, and Malvern.

In most parts of Johannesburg, the violence and looting, mainly of foreign-owned shops, began on September 1, with groups marching and calling on foreigners to leave. Witnesses told Human Rights Watch that the crowds, armed with various weapons, including machetes and sticks, chanted, “foreigners go back,” using the derogatory term Makwerekwere to refer to foreigners.

Defense Minister Nosiviwe Mapisa-Nqakula said that 10 of the 12 people killed in the violence were South Africans. She did not provide their identities or specific details about the circumstances in which they died. Human Rights Watch was unable to independently verify those deaths or the circumstances.

Human Rights Watch verified that two of those killed were Zimbabwean men. One, Isaac Mabandla Sithole, was beaten, stoned, and burned to death by a mob in Katlehong on September 5. Sithole’s distraught widow told Human Rights Watch that he left behind a six-week-old baby. Human Rights Watch has not been able to establish the name and circumstances of death of the second Zimbabwean.

Human Rights Watch spoke on the phone to Zimbabwe’s ambassador to South Africa, David Hamadziripi, on September 11. He confirmed the death of 2 Zimbabwean nationals and indicated that Zimbabwean officials were working to repatriate about 170 Zimbabweans who had asked to return to their country. Nigeria’s Consul General in Johannesburg told the BBC that Nigeria will repatriate approximately 600 of its citizens from South Africa.

Despite these cycles of xenophobic violence, the government has done little to address the attacks, except to issue a National Action Plan to combat xenophobia on March 25. The action plan has yet to be implemented. The authorities should review previous government interventions during periods of xenophobic violence and determine why their actions failed to prevent recurring attacks.

The United Nations high commissioner for human rights, Michelle Bachelet, issued a statement on September 9 urging South African authorities to act swiftly to ensure protection for the victims of xenophobic violence and accountability for the attackers. 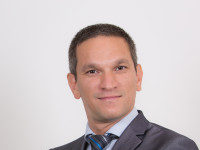 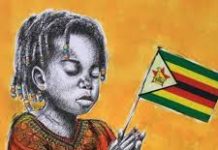 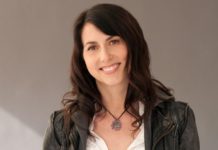