BAMAKO, Mali, January 14, 2020,-/African Media Agency (AMA)/- A Malian court’s last-minute postponement of a former junta leader’s trial is a blow to the families of 21 soldiers whose bodies were discovered in a mass grave in 2012 after they were forcibly disappeared, Amnesty International said today.

The trial of General Amadou Haya Sanogo and several military officials, who are accused of kidnapping, murder, and complicity in the murder of the 21 Malian paratroopers, has been adjourned since December 2016. It was due to resume today but has been postponed again to a next session of the Criminal Court in Bamako. Malian authorities have justified the decision on the grounds of consolidating social cohesion and concord within the army.

“It’s been eight years since the abduction and extrajudicial execution of 21 Malian paratroopers. The families of these soldiers have already waited too long for justice. Postponing the resumption of the trial at this late stage prolongs their suffering and violates the State’s obligation to deliver justice and truth,” said Ousmane Diallo, Amnesty International’s West Africa Researcher.

“It has also been six years since the accused were arrested or charged. As well as prolonging the wait of the victims’ families, this delay violates the accused’s right to be tried within a reasonable time, especially as some of them have been in detention this whole time.”

Following the March 2012 coup which brought General Sanogo to power, several political and military leaders were arrested and arbitrarily detained while a number of soldiers and police officers were subjected to enforced disappearances, torture or extrajudicial executions.

The deaths of the soldiers occurred during the failed counter-coup of 30 April-1 May 2012, in which the paratroopers, reputedly close to the deposed president Amadou Toumani Touré, attempted to overthrow the Sanogo-led junta.

The investigation on these extrajudicial executions began following the discovery of the bodies in a mass grave in the south-western town of Diago. A trial was then opened on 30 November 2016, but it was adjourned on 8 December 2016 on procedural grounds. Among the accused are General Amadou Haya Sanogo, ex leader of the junta, and General Ibrahim Dahirou Dembelé who was appointed Minister of Defense and Army Veterans in May 2019, and Chief of Army Staff at the time of the commission of the crimes.

Last year, Mali has also promulgated a “national reconciliation” law which grants amnesty to a certain number of crimes. Even though amnesties for crimes under international law are explicitly excluded, Amnesty International is concerned that this law could be used to block prosecutions for serious human rights violations.

The organisation urges the authorities to ensure all serious human rights violations are investigated and prosecuted, and to respect victims’ right to truth and justice and the accused’s right to a fair trial.

“We call on authorities in Mali to ensure accountability for all crimes under international law and other serious human rights violations committed by all sides since 2012,” said Ousmane Diallo. 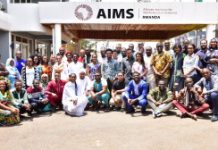 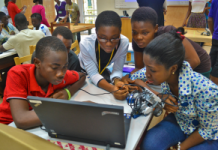