GENEVA, Switzerland, February 13th, 2020,-/African Media Agency (AMA) /-An advocacy toolkit to support a campaign by the first ladies of Africa to end childhood HIV and keep mothers healthy has been launched. The toolkit was developed as part of the Free to Shine campaign, an initiative of the Organization of African First Ladies for Development (OAFLAD) and partners to address the growing complacency in the response to childhood HIV in Africa.

Important gains have been made in the AIDS response for women and children. An estimated 1.5 million new HIV infections among children aged 0–14 years have been averted since 2010 in Africa. The proportion of pregnant women living with HIV on antiretroviral therapy increased from 44% in 2010 to 84% in 2018. However, challenges remain across the continent. AIDS remains the leading cause of death among women of reproductive age. Only half of all children living with HIV have access to antiretroviral therapy, leaving 742 000 children who are neither tested not treated for HIV. Coverage of services to prevent vertical (mother-to-child) transmission of HIV has stalled in eastern and southern Africa and decreased in western and central Africa in the past three years.

The toolkit sets out three areas that the first ladies should focus their advocacy efforts on: keeping women and girls HIV-free; preventing vertical transmission of HIV; and finding missing children and adolescents living with HIV and ensuring that they receive HIV services. Showing how to take the advocacy focus areas forward, the toolkit sets out the background to the three focus areas and gives key messages. A framework for action outlines how the first ladies should use their unique position to raise awareness, convene stakeholders, take action and promote community leadership.

Speaking at the launch, Winnie Byanyima, Executive Director of UNAIDS, said, “We must focus on what is needed next to achieve progress, accelerate our efforts to keep women and girls HIV-free, prevent HIV transmission from a mother to her baby and find the missing children and adolescents living with HIV.”

“We have made critical strides in the fight to end AIDS, but there’s still so much more to be done. We are seeing mother-to-child transmission rates rising in several countries, and we have to prioritize these vulnerable populations. Only with stronger, targeted programmes and campaigns like Free to Shine can we put women and children’s needs at the centre and achieve a generation free of AIDS,” said Chip Lyons, President and Chief Executive Officer of the Elizabeth Glaser Pediatric AIDS Foundation.

OAFLAD, the Elizabeth Glaser Pediatric AIDS Foundation and UNAIDS launched the toolkit on 9 February in Addis Ababa, Ethiopia, during the general assembly meeting of OAFLAD.

Distributed by African Media Agency (AMA) on behalf of  UNAIDS. 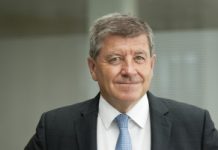