Rising SPAR Madibaz netball star Jami-Leigh Goeda is overjoyed at the recognition she has received through her selection to the South African U21 team.

The 18-year-old first-year student has been chosen for the national squad to take on their Zimbabwe counterparts in a series of matches from Friday to Sunday.

She is one of 10 players who competed in the 2019 Varsity Netball tournament in the squad, which will play the curtain-raisers when the senior team take on England in the SPAR Challenge International Series at the Bellville Velodrome in Cape Town.

Goeda, who grew up in Humansdorp, will be making her first appearance at this level and the thrill is still bubbling over.

“I experienced a lot of excitement when I heard I had been selected,” she said. “Even now, I’m still very excited.

“To me it means my talent has been recognised. I have learnt that no matter how tough it gets, you have to strive to do better than yesterday.”

Playing as goal-attack for the Madibaz, Goeda showed her ability during the Varsity Netball competition in September, winning the FNB Player of the Match award for her efforts against the University of Western Cape.

She said her experience of playing at that level had provided several lessons.

“I have learnt that giving up is not an option,” she said. “And if you really want something you have to work hard for what you want and be specific about it if asking God to bless you.”

Goeda said her message to aspiring netball stars was all about self-belief.

“I want to say to anyone out there, if you believe it you will achieve it. It might not be your time now, but have patience for your time will come.”

Looking ahead to the three-match series against Zimbabwe, she added that it was all about continuing to develop her game.

“My goal for this tour is to keep improving all aspects of my game, to become a better player and to help my teammates become better players.

“We know that Zimbabwe will bring their absolute best to the series, as we will.

“I’m looking forward for this new challenge which is staring me in the face, and I also want to make sure we have a great time and make new friends.” 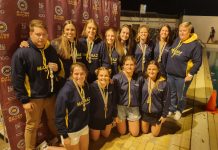 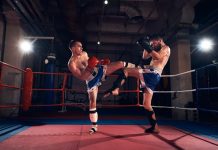 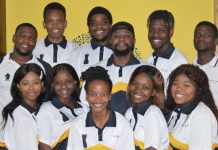 Madibaz ready to apply themselves at USSA chess week

South Africa Today Sport - January 18, 2020
0
We use cookies to ensure that we give you the best experience on our website. If you continue to use this site we will assume that you are happy with it.OkRead more