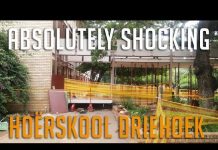 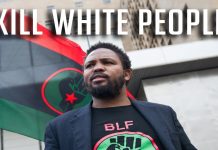 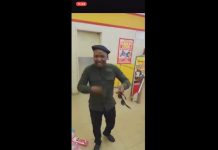 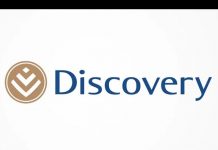 Discovery bank racial discrimination: You have to be black, it’s not for whites! 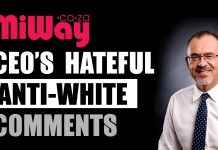 In this video by Willem Petzer he looks at the recent singing of the ‘anti white hate song’ at the tenth world choir games where white kids are forced to sing along. The meaning of the song is explained further along in this article. The song is a struggle song for the terrorist wing of the ANC calling for the killing of the ‘Boers’. And for the department of arts and culture to promote this hate speech on an international stage is shocking. The acts of violence being perpetrated against the white minority is being fueled by this kind of blatant racist hatred and is openly promoted by the ANC government and other black leaders.

The song ‘TINA SIZWE’ means: Thin’ abantu boMkhonto sizimisele (We the people of Mkhonto are prepared). Ukuwabulala wona amaBhunu (To kill the Boers). Hamba kahle Mkhonto Mkhonto (Go well Mkhonto/spear). Mkhonto weSizwe (Spear of the Nation)”. “Thina sizwe esimnyama (We the black the nation). Sikhalelela izwe lethu (Are we weeping for our land). Elathathwa ngabamhlophe (Which was taken away from us by white people). Mabayeke umhlaba wethu (Let them return our land).”