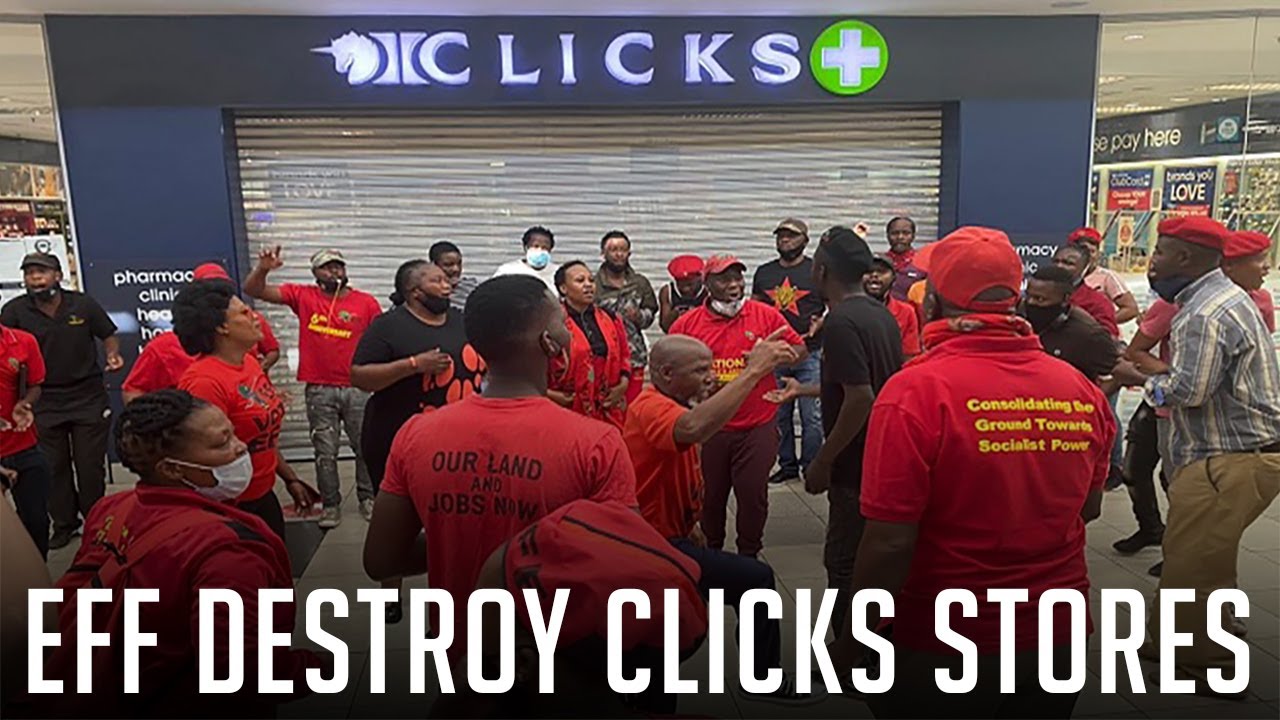 When will action be taken against Julius Malema?

in this video by Renaldo Gouws we see Julius Malema and the EFF follow through with their threats of destroying Clicks stores. The court even came out and dismissed Clicks’s application to protect them from EFF members threatening them and their property. Shameful! Call it what you will, this is terrorism.

This is coming straight from EFF leaders calling for an attack on the stores. The court simply makes fools of the justice system and the police make fools of themselves for not acting. Or are the courts, the police and the EFF in cahoots?

EFF on the rampage, Clicks stores petrol bombed – What force are the police using here?

Clicks: Not 1 arrest – Police fail communities by not acting against EFF bullies