While it’s a never-ending struggle between North America and Asia for the top spot in the esports world, most other continents also have a horse in the race – South America is up and coming with strong gaming scenes in Brazil and Mexico, for example, Europe is slowly but steadily growing scenes in Germany and the UK for example, and Australia has its own dedicated leagues for major esports.

It’s different for Africa, and to some extent the Middle East. There is little support from game developers for dedicated leagues, and while there is interest from gamers, there is little real development towards esports there… until now.

Change is on the horizon

This might be about to change. As reported by Esportsbets.com, a Canadian esports company is moving into Africa with a specially focused cryptocurrency. It’s called Kamari Coin, and it will come complete with a blockchain-based online lottery as well as a gaming platform specific to the African market.

That would be a big deal – especially given the wide-open market that is gaming in Africa today. Kamari Coin is primarily geared towards mobile payments – this reflects well on the gaming market. Esports aside, mobile gaming has grown to be bigger – and more lucrative – than other gaming platforms.

Of course, an Africa-focused cryptocurrency could also help break down some of the other borders between the continent and the rest of the world. Many regions still suffer from exceptional poverty, and especially online-based pursuits could help even the playing ground a little.

Video games are also an excellent tool as many people have the necessary device in their pockets already. There is no need to spend hundreds or thousands on a powerful stationary device when even older smartphones can play app- and browser-based games easily.

Given the additional strong link between the gaming and gambling industries, there is no doubt that there is big money in both. Africa is already showing signs of rapid expansion in the mobile gaming market – however, at a local scale, and nowhere near the same level that other continents have reached.

The Canadian company ZeU and their Kamari platform might just be in the perfect position to not only help along the industry on the African continent but make a serious profit while they are at it. Their plans include structured integration and licensing for Kamari to other sources and creators, as well as their proprietary gaming platform. Like other cryptocurrencies, the system will use mobile wallets for the Kamari Coin.

Along with that, ZeU will also integrate their existing Mula platforms – a marketplace and a mail function with the new Kamari systems, in order to allow existing users around the world to also join in and use the new gaming platform along with other new users.

There is likely going to be a large number of them – some 300 million users are expected to gain access to mobile internet in the next seven years. If even a fraction of them also joins into the mobile gaming trend that is sweeping the continent, that could have a huge positive impact on the markets in Africa. 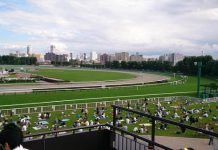 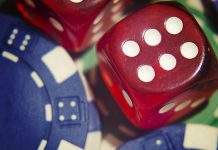 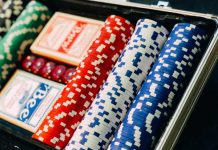