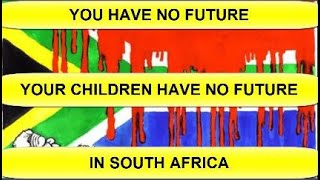 Whites have no future in South Africa

Disrupted Land refutes the claim that there is a large scale hunger for rural land among black people in South Africa. The films also point out that the situation would deteriorate if the ruling ANC and its alliance partners were to succeed with its push for expropriation of private property without compensation.

The film was produced by Forum Films, in cooperation with AfriForum.