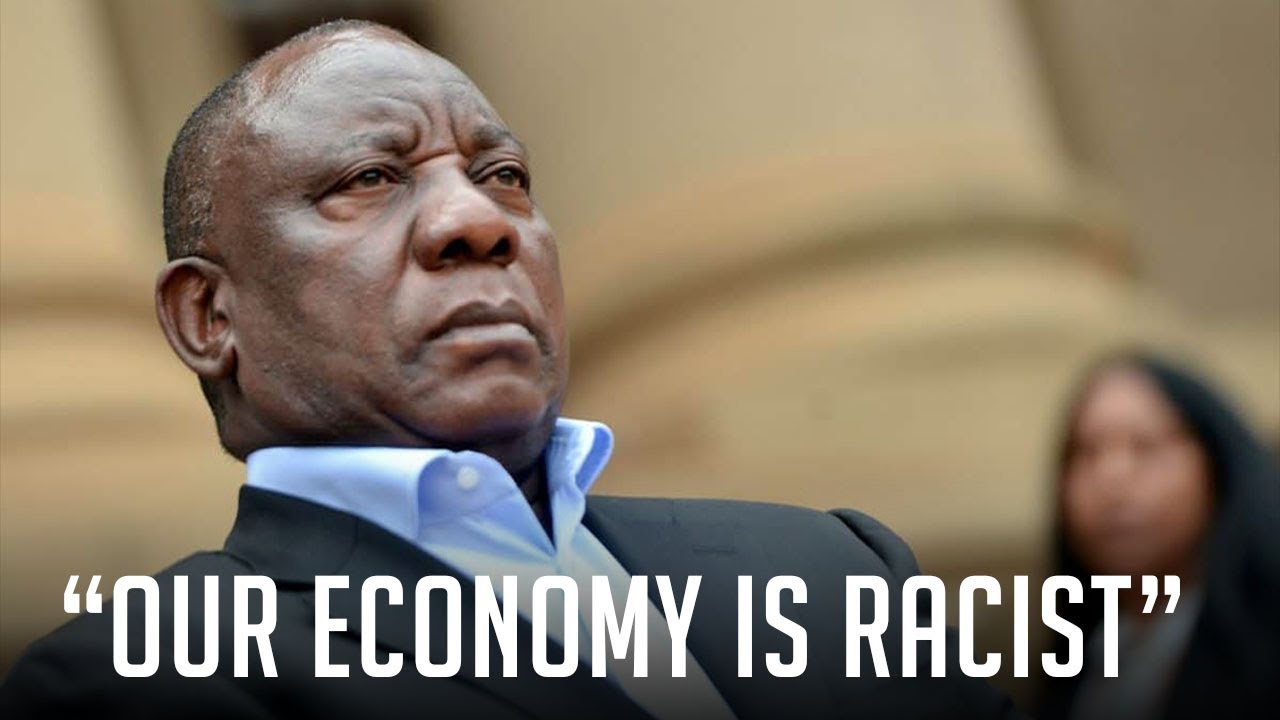 In this video by ‘Renaldo Gouws’ wee see that president Ramaphosa called our economy racist and colonial. Yes, the past 26 years that the ANC has been in charge of the economy is null and void and it’s still someone else’s fault. If you thought he was going to usher in a new dawn… well now you can clearly see it’s the same nightmare as before.

In fact the economy has been smashed by the thieving, corrupt, inept, useless, communist, racist government for more than a quarter of a century. This is just hoe it goes in Africa…