She became a paraplegic and died on 11 July 2016 from her complications.

The three young men were never caught, the police file at the Garsfontein station on Razelle and her father, Professor Willem Botha was closed three months later. Her father died on 24 May 2014 with the twee bullets still in his upper leg. He was 69 years old. 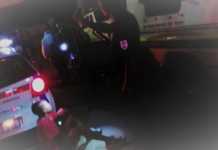