Poker is a gambling classic. In movies, it’s the gambling game of choice to pit the hero and villain against each other from the get-go. It can be played with friends at home, in luxurious resorts, and in online casinos with strangers. If you’re interested in getting into Poker, here’s a rundown of the main differences between the two most popular versions of Poker: Texas Hold ‘em and Draw Poker.

It is very common to see Draw Poker in movies, although it lost its popularity in the casino. In Draw Poker, each player draws five cards in their hand. The cards are used to make a “hand”, as in a set of cards whose rarity determines it’s rank.

For instance, two jacks is a “pair”, which is worth less than three sevens, known as “three-of-a-kind”. Players can discard up to three cards and replace them by drawing in order to improve their hands.

Since it’s not really possible to get a clue as to the quality of another players hand (without judging the player himself), Draw Poker is considered to be more about luck than strategy.

An important concept to Poker is the betting system. Aside from the usual calling, raising, and folding, Draw Poker also features Antes. Antes are a mandatory bet made by all players before the cards are dealt.

The idea is to force player investment into every hand, to accelerate the pace of play. Without antes, a player could play very tightly with his money, which is both incredibly boring to watch and leads to incredibly long games. Televised poker games especially use antes, to keep up the pace for the purpose of their ratings.

A second, very popular type of poker, is Texas Hold’Em. Invented in the 1900s, and brought to Las Vegas in 1963, it was popularized to the mainstream after a strategy guide-book called “Super/System” was released in 1978.

Texas Hold’Em adds the twist of community cards to the game. You see, the goal to win is still to build the best hand, however, each player is dealt only two cards. Three cards are then placed facing up, and these three are known as “the flop”. A hilarious and magnificent description.

“The flop” is shared between all players. So if I have in my hand of two cards, a Jack, and in the flop there is another Jack, I have a “pair” of Jacks. However, the clever part is that I can see that any of my opponents might also have a pair of Jacks, and my opponents could conclude the same about me.

This is why many consider Texas Hold’Em to be the more strategic of the two versions. In addition, after two subsequent rounds of betting, an additional two cards are added to the table – these two are known as “the river”. It’s a risk to rely on getting a hand from the river, but hey, it’s gambling. It’s all about risk.

Now, just like in Draw Poker, betting is also an important part to Texas Hold’em. It’s not uncommon to have antes in Texas Hold’em too, but more common are “Blinds”.

A Blind (as in a blind bet) is a mandatory bet made before the cards are dealt, but only two players participate. When playing with Blinds, one player bets the “Big Blind” and the other bets the “Little Blind”. The Big Blind pays out the minimum to call, while the Little Blind pays half of that.

The players who pay the blinds shift after every hand, typically to the left. These blinds are considered as part of the respective player’s bets, so if the Little Blind wants to stay in the hand, he has to Call to match the bet made by the Big Blind making up the half he hasn’t paid yet.

So… which is better?

Each of these versions have their own strengths and weaknesses, and it’s up to player preference as to which is better. Draw Poker relies more on chance than strategy, and while that makes Texas Hold’ Em fairer, it’s harder to play with a steeper learning curve. So when you next pop-open your favorite online casino, try to get a feel of which version you prefer. Happy Poker Games, and may the odds be ever in your favor!

At Top Real Money Slots Casinos, we feature online and mobile casinos that are secure, fair and regulated. When you register an account via our site, you are guaranteed a high-performance gaming experience powered by the best software suppliers in cyberspace. 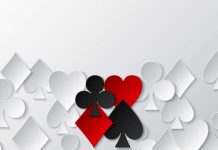 Old Games in a New Format Through Online Gaming 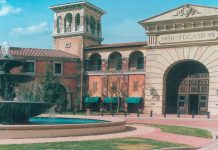 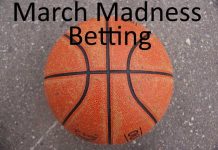