When visiting South Africa chances are good that a traveller will become part of the crime statistics due to the uncontrolled criminal elements operating in South Africa.

Your Government might have a Travel Advisory for South Africa alerting citizens about the high crime rates in South Africa. This should be a severe warning as travellers have been murdered, raped and hijacked in South Africa.

If you do find yourself in a situation where you have been robbed, assaulted, raped or hijacked and are still alive, it is possible to get help from the South African Police Service (SAPS) but the level and quality may not be as expected.

The South African Police employ convicted criminals and you might just be the one expecting help from a criminal South African cop.

Crimes committed by these “police officers” include murder, rape, assault, corruption, kidnapping, robbery and theft. Further details and complete list of crimes are available from our main site.

Another case where it took the police four weeks after Matthew Oosterloo (19) was shot in the hip during a home invasion to take a statement. Apparently the investigating officer was on leave.

South Africa is a beautiful country … but is it worth taking the risk visiting this crime ridden corrupt country? 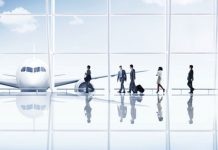 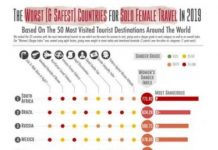 The Safest and Most Dangerous countries for solo female travelers 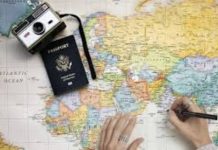