Central Luzon is a region, also known as region 3 on the island of Luzon in the Philippines.

The region is know for being one of the main rice production area in the country as almost half of its land is composed of agricultural plains.

More than eight million people are living in Central Luzon.

The region is highly accessible from the nation capital Manila through the North Luzon Expressway.

Some of the main tourism attractions of the country can be found in central Luzon.

All of them are easy accessible. Some can be done on a day tour from Manila while some others will require at least two days. Traveling in Central Luzon gives also the opportunity to taste its famous cuisine, often described as one of the best of the country.

Mount Pinatubo is a 1485 meters high volcano localized at the borders of 3 provinces: Pampanga, Tarlac and Zambales. The last eruption of the volcano happened in 1991. To visit its turquoise crater lake you will have to trek 3 hours to reach it. It’s also possible to get a sky tour if you prefer to see the volcano from the air.

Anawangin is a pristine beach cove in the Zambales province. The best option is to spend an overnight there. Camping is allowed.

Subic is a famous diving spot for wrecks. Subic was a former US naval base and is easily accessible form Manila by public transportation.

Zoobic is a park in Subic where you can watch exotic wildlife, as tigers or crocodiles

If you are into surfing don’t miss Baler. This spot has some huge waves especially during the monsoon.

Mount Samat in the province of Bataan is a popular trek for veterans as it has a shrine on its summit to remember the soldiers who died during the infamous Bataan death march during the second world war.

Capones Island can be reached from Pundaquit Zambales. You need two days to complete this adventure.

This festival happens every December in San Fernando, Pampanga. People will parade will some giant lanterns all over the town. A great event for Photographers.

Bucalan province has several interesting caves including Biak na Bato, the most famous. 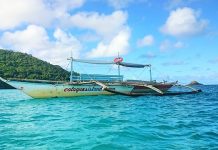