Traveling, for most people, is a social activity. We travel with family and friends. We travel with colleagues from the office, or even with acquaintances with whom we have the same interests. There are times, however, when nobody in our circle shares our thirst for travel. In such cases, we can either travel alone or don’t travel at all. For the real travel-bugs, the second is not an option at all.

A lot of people travel by themselves for this reason. Rather than endure the company of strangers in tour groups, for example, solo travelers prefer to make it on their own, loving the freedom of making choices and changing them, of going to a place and leaving early or staying late, and especially of getting to know and chatting up with people one would not normally talk to if one were not alone.

The Philippines is Friendly to Solo Travelers

The Philippines is one of those places which welcome and is generally hospitable to solitary travelers. There are a lot of destinations in the country that are conducive for solo travels, maximizing the traveler’s experience of a different culture. The locals are generally friendly to foreigners, and there are many man-made and natural attractions that are not usually frequented by tourists.

Below are some of the ideal solo destinations from each major island in the Philippines, from Luzon, to Visayas and even in Mindanao.

Located in Northern Luzon, these two provinces are flocked by travelers who are after captivating ocean views, old churches, World Heritage sites and glorious natural attractions. Its offer of delectable vegetable cuisines such as pinakbet, local delicacies like bagnet and the famous empanadang Vigan has also made it a favorite destination for food enthusiasts.

Depending on one’s schedule, these two provinces can be combined in a single trip as they are only 2.5 hours away from each other by public transport. The fastest way is to take a plane from Manila to Laoag. From there, the 45-meter Sinking Bell Tower is easily accessible. Nearby also is the St. William Church built in the Spanish era, one of the largest churches in the Philippines.

Vigan, the capital of Ilocos Sur, can be easily reached from Laoag. It is well-known for Calle Crisologo (Crisologo Street), a UNESCO World Heritage site. Calle Crisologo is a half-kilometer street lined up with houses showcasing architecture dating from the era of Spanish colonization. Numerous souvenir shops filled with local crafts also line the area. For a more enjoyable experience, walk around street or hire a calesa, a horse-drawn carriage, to go around town.

Walk the Longest Bridge in the Philippines in Leyte

Leyte in the Eastern Visayas boasts of historical places, man-made structures, and natural resources that are sure to interest the solo traveler. The locals are used to seeing backpackers in their province, and if you stop by, be prepared to be asked all sorts of questions.

One option to cover more ground is to join a government-organized group tour called the Icot Icot (Going Around). Its itinerary includes a stopover at the Provincial Capitol, Leyte Park Hotel, Madonna Shrine, Sto. Nino Church and Shrine, MacArthur Memorial Shrine, as well as the downtown area.

San Juanico Bridge-at 2.16km, the longest bridge in the Philippines-is also included in the itinerary. It connects the provinces of Leyte (via Tacloban) and Samar (Sta. Rita side). A walkway is located on both sides where one can safely enjoy the unparalleled views of the island life below.

Also a foodies’ destination, Leyte offers a wide range of offerings from its local delicacies such as binagol, chocolate moron, sagmani and Carigara’s pastillas, to international dishes.

Travel Solo in the Philippines

These are just a few of the solo traveler-friendly destinations in the Philippines. Aside from being easily accessible to Manila or Cebu City, there are various accommodation options catering to both the luxury traveler and the ubiquitous backpacker. Development has also caught up in these places; you can easily find ATMs, international fast food chains, and WIFI areas in these destinations.

Though not every aspect of solo travel is appealing-it would be good to share your reactions with another person, for example, or to split the fees for the ride or accommodation with someone else-the benefits of going alone oftentimes prevails for those who love doing it.

Solo traveling fosters independence, provides flexible travel schedule, and gives opportunity for one to get to know oneself. For in going alone to a strange, new destination, you have no one else to rely on but yourself, and sometimes you discover through solo travel that you are stronger than you think you are. 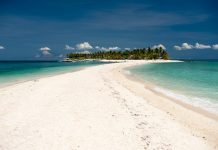