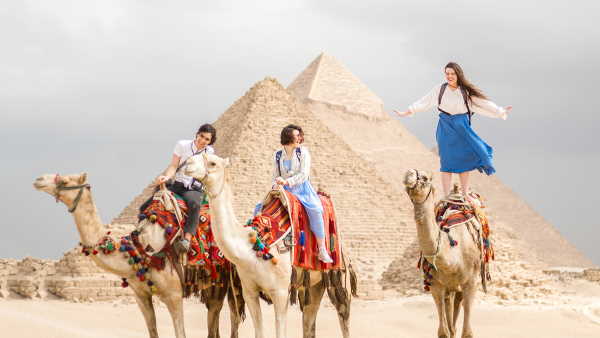 Egypt’s country is considered the oldest travel destination on earth because of its incredible history that reaches back to the dawn of civilization. There will find the most inspiring temples, tombs, and attractions that capture the imagination of travelers from all countries for thousands of years. Tourists mainly come to Egypt to view its ancient monuments and also to enjoy the natural attractions long the Red Sea. There are many Egypt tours that you can choose from and hundreds of extra amazing sites to visit while being in Egypt. You just need to determine the duration of time you are about to spend in Egypt and the sites you would like to visit and let the magic begins to explore as much fabulous sightseeing as you can in your second country. There are dozens of sights that you can visit in Egypt and you can find below some of the greatest and the most recommended ones:

1. The Bewitching Pyramids of Giza 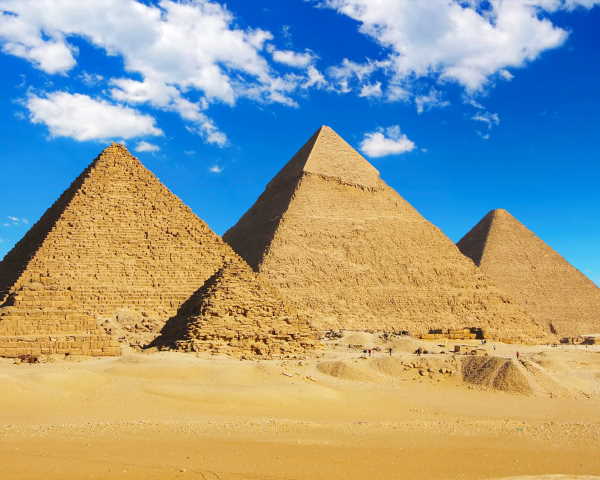 They are the only survivors of the ancient Greek-listed Seven wonders of the World and the Giza Complex is actually considered the first and the main destination for tourists who intend to have a vacation in Egypt. Inside Giza Necropolis, you will find the stunning Pyramids of Cheops, Chephren, and Mycerinus. There are thousands of different theories and studies that revolve around the construction of such magical Pyramids especially the ones that belong to Ling Khufu “Cheops” and a highly skilled corps of masons, mathematics, surveyors came together to establish such a miracle. How such massive stones were moved from that far distance to the spot of the Pyramid and how they managed to put such heavy stones over one another, and hundreds o other questions revolve about that complex and you definitely should have the experience yourself to check part of the ancients’ greatness.

2. The Most Awe-Inspiring Abu Simbel Temples 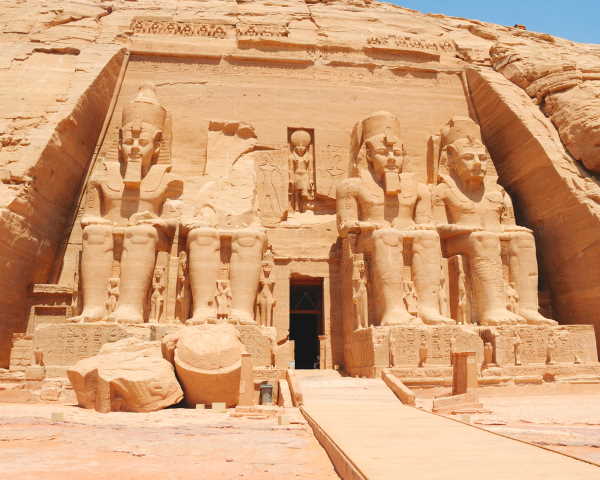 This is one of the most exquisite temples of all ancient Egypt, especially with its magnificent rock-cut façade. The great temple of Abu Simbel which is called the Sun Temple was built for king Ramses II to honor the Pharaoh and to celebrate the occasion of signing the first peace treaty in the world. What really makes that temple a true masterpiece is that the Pharaoh had the whole temple carefully angled so that the rays of the sun align the inner part of the temple twice, once on October on his birthday and the other time is on February which was the date of the Pharaoh’s ascension to the throne. Such a celebration attracts tourists from all over the world to enjoy such an incredible natural phenomenon. The other temple there was dedicated to Queen Nefertari who has been the wife of king Ramses II and god Hathor. There are many statues build in front of the great temple and the smaller temple and it is such an amazing tour to arrange while being in Egypt. It takes around 3 hours to reach from Aswan and you will enjoy a lot with such a splendid adventure. 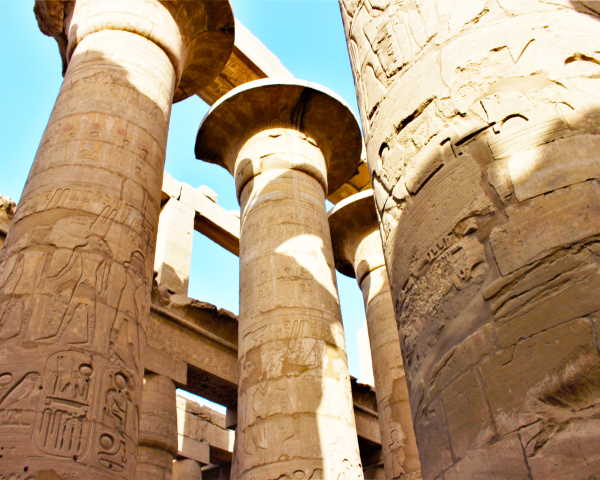 Those two temples are considered by many travelers the most striking relics of ancient history. Both temples are located on the East Bank and no visit to Egypt is actually completed without. Egypt Nile cruises are considered the best way to explore the two temples beside the magical attractions in Luxor & Aswan. Karnak temples Complex is really a fascinating site that contains three hypnotic temples of three ancient gods. Many Pharaohs and rulers have added to that complex over hundreds of years making it one of its kind. When it comes to Luxor Temple, you will get amazed while being there from its huge size and after knowing that many of the Egyptian kings were crowned in that temple. The best possible time to enjoy a visit to Karnak Temples Complex is at night or actually during the sunset to enjoy an unforgettable view and to experience to different duration of time at that site since it is among the rare historical sites in Egypt that can be visited at night.

You can also head to Karnak temple at night to attend one of the most extraordinary special Sound & Light shows that are arranged at the site daily to know lots of great information regarding the amazing ancient Egyptian civilization & culture and the way the ancients have followed in the construction of their temples and how important they meant to them.

4. The Exceptional Valley of the Kings 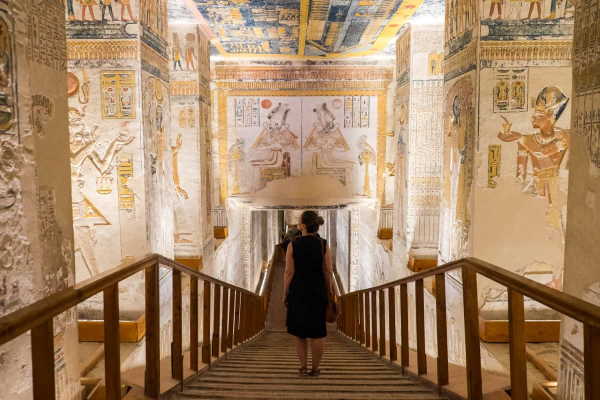 This is one of the top archeological ancient sites on the west bank of Luxor which is studded with charming decorated tombs and it houses the legal sarcophagi-enclosed mummies of some of the mighty Pharaohs believing that they are going to be transferred to their afterlife. You will find there the amazing tomb of the young Pharaoh Tutankhamun where the archeologists have found many treasures and they are now exhibited in the Egyptian Museum. There are also the royal tombs of Ramses II, Seti I, and Amenhotep II in addition to about 63 other lavish tombs that have been excavated. Although it is complex for the ancient tombs, you will find yourself in an expedition that is going to take you to another world full of experience and magical things to be seen. 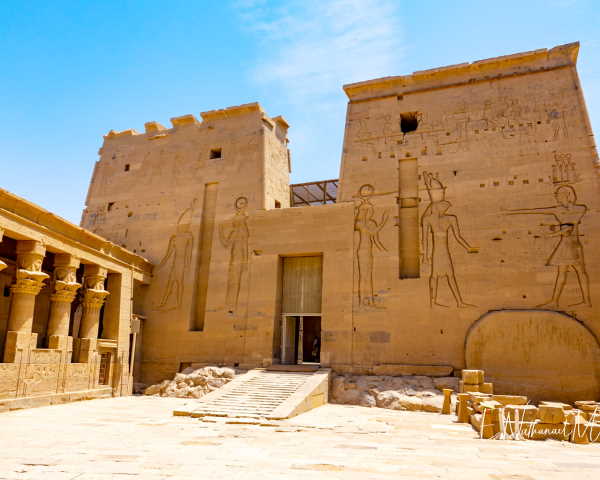 This amazing Temple was built in Aswan on Philae Temple to honor goddess Isis and it is the last temple to be built in the classical Egyptian style. The temple was moved to Agelkia Island as it was about to be destroyed due to the Nile floods. The beautiful temple of Philae is such a wonderful example of the Ptolemaic & Roman eras of architecture and arts. Its construction began around 690 BC and based on the feedback of the majority of tourists who come to Egypt, it is a must-visited site in the beautiful Nubian city, Aswan especially that you will have the chance to have a felucca ride to reach the temple and enjoy your beautiful lunch meal on an island. 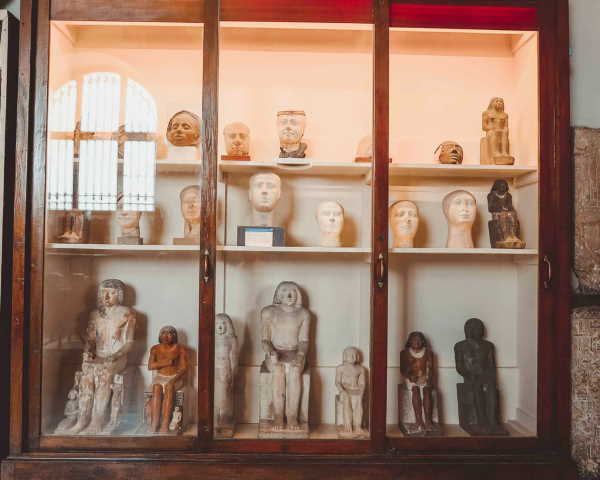 This is one of the most interesting historical sites in Egypt due to the priceless items and treasures that exist in the museum especially the dazzling treasures that were found inside the toms of the young pharaoh, Tutankamun who ruled Egypt during the New Kingdom and the archeologists have found in his tomb the solid gold funerary mask of the Pharaoh in addition to many other golden items that tourists really love to see and check while visiting the museum. From the real importance of the museum, the Egyptian government in cooperation with the Ministry of Tourism have decided to construct another museum in Giza but the new one is definitely going to be a true miracle in the world of construction since it is going to contain more than 5000 ancient pieces of artifacts, monuments, and treasures. 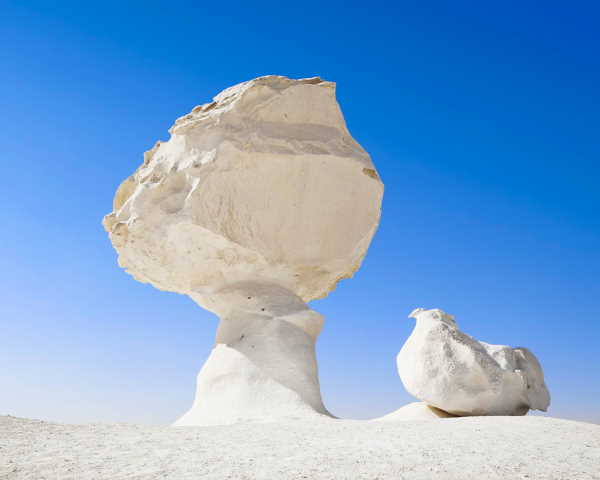 The white desert is actually one of the most beautiful sites you can visit in Egypt and have some memorable pictures while being there. You will find there enormous formations of chalk that look like white snow or cream and it actually features the sand dunes of the Great Sand Sea. You will also find there a wonderful national park that houses the Rhim & Dorcas gazelle which is considered the last arid landscape there. You will be a very lucky person if you got the chance or spending the night in the desert while camping and enjoy the amazing view all around you and to learn some of the Bedouins’ customs & traditions.

8. The Mesmerizing Attractions in Alexandria City 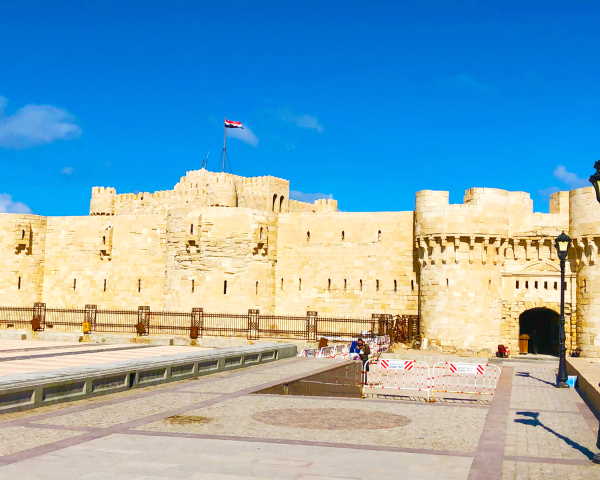 Alexander the Great was the founder of the legendary Alexandria city which lapped at by the majestic Mediterranean Sea. There was before the magnificent Lighthouse which got collapsed and the citadel of Qaitbey was founded on its place. For your knowledge, the Lighthouse was one of the Seven Wonders of the ancient world and has attracted tourists for years. There is much impressive sightseeing that were built in the gorgeous bride of the Mediterranean Sea such as the Catacombs of Kom El-Shoqafa, Qaitbay Citadel, Pompey’s Pillar, and Alexandria Library and if you have the chance to spend a day to Alexandria, you will spend such an unforgettable time touring around those sites. 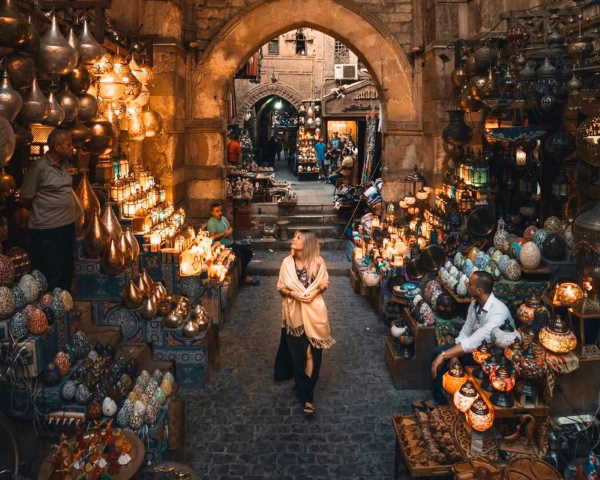 If you are having the chance to spend part of your Egypt vacation in Old Cairo, you will then have the best chance to arrange the most remarkable shopping tour in Khan El-Khalili where you will find tens of shops sell really interesting items whether they are clothes, jewelry, spices, perfumes, antiques, lots of souvenirs and you can negotiate with sellers there regarding the prices although the prices there are really affordable and you won’t even want to leave the site from its beauty and magic. 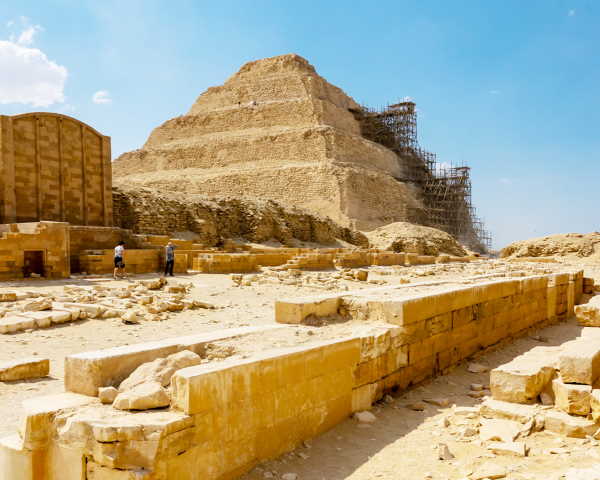 It is a vase ancient burial ground in Egypt which is located on the west bank of the Nile and it is actually part of the UNESCO World Heritage Site. You will find in the complex, the glamorous Step Pyramid of Djoser which has been the first pyramid to be built in the history of Egypt and the one that has a unique shape with its six mastabas over one another. 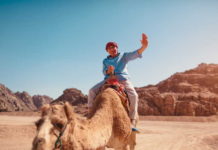 Your Bucket List Isn’t Complete Without This Experiences In Egypt 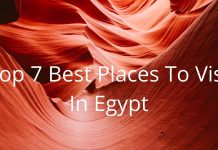 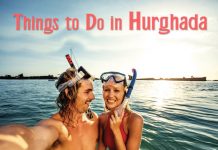 Best Things to Do in Hurghada

Holidays are going to look a little different this year

20 things to do on the KZN South Coast for under...

October 20, 2020
We use cookies to ensure that we give you the best experience on our website. If you continue to use this site we will assume that you are happy with it.OkRead more