Home More Sport Which are some of the biggest boxing controversies? 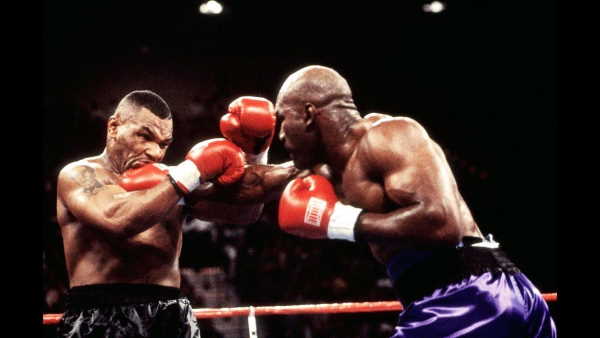 Boxing is one of the sports with millions of fans. Even though not everyone likes to watch combat sports, those that do appreciate boxing for what it is and never miss a big fight.

Despite the many iconic matches that we will always remember, this sport is also famous for many controversies that took place over the years. Nowadays, there aren’t as many strange things happening in this sport, but we’ve seen a lot of them before, so we’ve decided to list some of the most famous ones.

Even if you don’t like boxing, you’ve probably heard of this scandal because it absolutely shocked the world. Mike Tyson is known for being one of the best boxers of all time. The world champion fought numerous people in his legendary career, and he will go down in history as one of the “baddest people” on earth.

However, there is one part of his career that he definitely won’t be happy about, and that’s when he decided to bite Evander Holyfield’s ear. The rivalry between the two began back in 1996 when Holyfield put an end to Tyson’s reign. Needless to say, the two boxers were eager to fight again, which happened just seven months later.

Although Tyson was really motivated to win, Holyfield was the person who was closer to the victory. Mike was furious, and he decided to do something that no one expected – he clinched his opponent and bit a part of Holyfield’s ear.

This happened again a few minutes later, which resulted in Tyson being disqualified. To make matters worse, he had to pay a fine of $3,000,000, and he was also banned from the sport for one year.

Floyd Mayweather and the match-fixing rumors

Apart from Mike Tyson, Floyd Mayweather is one of the most legendary boxers in the world. In addition to being undefeated in his professional career, Floyd is also known for his luxurious lifestyle and the fact that he has a lot of money.

That’s why when the rumors about a match-fixing accident that he was involved in came up, many people didn’t believe it. Supposedly, Floyd’s match against Tenshin Nasukawa that took place in late 2018 was thought to be fixed because of what happened in the ring. Apart from Mayweather’s usual provocative behavior, he also danced on the ring, which is why many fans accused the fighters of match-fixing.

Of course, there was no evidence found because there were no gambling operators that reported any suspicious activity. Speaking of gaming operators, you can learn more information from this website, that will help you find the brand with the most boxing markets and have fun while you’re watching your favorite sport.

The old-school boxing fans will probably remember this match because it will go down in history as one of the strangest boxing fights ever. Muhammed Ali had to defend the heavyweight title that he got from Liston in a rematch.

Although everyone expected this to be an amazing fight between two fantastic boxers, it ended in the first round. However, what’s strange is that it all happened from one random punch that wasn’t even that strong.

Even today, people still wonder what caused Liston to fall so early. Some fans think that the mafia was involved, whereas others assume that there were too many bets on Ali and Liston just had to lose. Sadly, we might never know the truth.