Since then, the fighting scene in SA has continued to grow bigger and better. The citizens increasingly saw boxing as an activity and sport conducive to their environment. The sport grew in popularity, skill-level, and stature, especially among the emergent urban population.

South Africa has produced multiple titleholders. They have a long list of world champions. Let’s take a look at some notable SA boxers who have made their mark on the world stage in recent history.

He won three world titles – the WBO and WBA lightweight titles in September 1990 and June 1993 respectively. In September 2000, he won his third title as the World Boxing Council middleweight champion. He won 80 times and lost three bouts in his amateur career.

He was popularly known as Baby Jake. He is the only SA boxer who won four titles in three different divisions. In May 1993, he won the WBO flyweight title, followed by the WBO light flyweight title in November 1995. The other two titles were IBO junior flyweight title in 1997 and the World Boxing Union in February 2001.

Sanders at age 37, shocked the boxing world when he knocked out highly rated Vladimir Klitschko in the second to win the WBO version of heavyweight champion of the world.

Jabulani Makense has erupted in the South Africa boxing scene like a volcano. The 26 years is widely regarded as Pretoria’s next boxing superstar. He is getting international exposure after winning his second African title.

He won the Gauteng welterweight title last year, after demolishing Gift Bholo in a match that was only his sixth professional fight. He then followed it up with a majestic points win against Xolani Mcotheli for the WBA Pan African Super lightweight title.

Early in 2020, the lanky rising star will have the opportunity to make a breakthrough overseas. By February 8th next year, he will be fighting in Germany alongside South Africa’s cruiserweight world champion, Kevin Lerena. While Jabulani will be fighting to register his name at the world stage, Kevin will be defending his International Boxing Organization (IBO) cruiserweight title against German veteran, Firat Arslan.

South Africa has recorded a huge success in the boxing world. We can go on and on to mention both up and coming boxing stars. Despite the huge success recorded, SA boxing has not yet reached its full potential.

Fight to fame in its quest to take SA boxing to the next level is working with boxing stars and champions. They intend to make it bigger than ever.

The Fight to fame project

Former International Boxing Organization (IBO) welterweight champion Chris Van Heerden has recently joined the Fight to fame project. The South African professional boxer is the first on a list of popular athletes to join the new blockchain-powered entertainment platform. In addition to providing entertainment for sports and movie lovers, Fight to fame is giving rising boxers and martial artists the chance to compete at the global stage.

They are hoping to break the monopoly of global martial arts promotion companies by giving fighters equal opportunities to rise through the ranks.

Fight to fame, in collaboration with its star champions and ambassadors like Van Heerden, plans to organize the search for the world’s top acting talent and next global fighting champions through a series of combat matches and trials.

Chris joins the Fight to fame project to support them in promoting professional boxing in South Africa and the rest of the world. He once said, “It’s important to me to make a meaningful contribution to people back at home in South Africa, where so much young talent exists”.

Van Heerden will not only be promoting the platform to up and coming boxers is SA, but he would also be taking part in the competition to develop his potential.

To ensure fairness and transparency, the competition will be judged by fans around the world. They will be allowed to vote with cryptocurrency tokens. The use of blockchain will also help to properly manage financials and talents. It will give the company to collaborate with other gaming and entertainment companies. 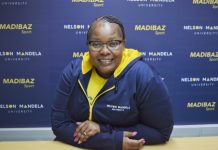 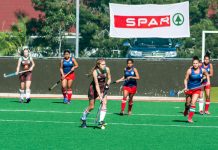 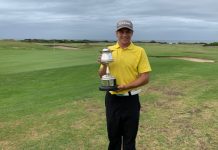 Mutua Madrid Open To Be Played Online From Home