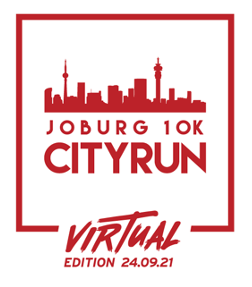 Thousands of runners from across South Africa took an active approach to their Heritage Day Celebrations on Friday 24 September 2021 by taking on the much-anticipated JOBURG 10K CITYRUN Virtual Edition!

A strong contingent of Boxer Athletics Club’s Elite Athletes jumped at the opportunity to be part of the action with Collen Mulaudzi (Pretoria) and Tanith Maxwell (Newlands, Cape Town) proving to be unstoppable on the day clocking impressive times of 29 minutes 41 seconds and 36 minutes 58 seconds respectively.

According to Mulaudzi it was great getting ready for the JOBURG 10K CITYRUN Virtual Edition.  “I had a great run and claiming the gold medal was a great feeling.” Gladwin Mzazi came in second, while Lucky Mohale finished third.

“It was great getting ready for the JOBURG 10K CITYRUN Virtual Edition,” says Tanith Maxwell.  “It was great to have the opportunity to experience ‘race like’ conditions again and the virtual race was a fantastic opportunity to compete against the best in the country, but in my own city!  I had a lovely run out there today.  Claiming the gold medal was amazing.”  Bulelwa Simae came in second, while Natalie Mullany finished third.

“We absolutely loved celebrating National Heritage Day ‘virtually’ with thousands of runners from across South Africa,” says Michael Meyer, Managing Director of Stillwater Sports and Founder of the RUN YOUR CITY Series.  “We were overwhelmed by the support that we received not only from every-day runners, but also from a large number of SA’s elites especially the runners from the Boxer Athletics Club.  The elites are hungry for competition, so we were excited to give them something to look forward to.  Having these accomplished runners take part in the Virtual Race and talk about their experience on social media definitely added to the excitement.”

“Our team also had a great time taking on the JOBURG 10K CITYRUN Virtual Edition,” continues Meyer.  “It was a privilege to unite ‘virtually’ with thousands of runners from across South Africa in the spirit of camaraderie and pride as we celebrated National Heritage Day by running Joburg together #RunJoburg.”

As the JOBURG 10K CITYRUN Virtual Edition was a Virtual Race, runners could choose their own route and had between 05:00 – 12:00 to complete their 10km run (or walk).

EXCITING PUMA PRIZES UP FOR GRABS:  The iconic PUMA Beat Bolt Sprint made up the final 100m of the JOBURG 10K CITYRUN Virtual Edition ‘Virtual Route’.  The RYC App informed runners when they were about to enter the final 100m and encouraged them to run as fast as they could.  Runners were challenged to prove that they have what it takes to #BeatBolt.  The male and female runner with the fastest final 100m sprint time secured a R10 000 PUMA Retail Shopping Experience.  There were also additional prizes for runners who completed the sprint in under 15, 20 and 25 seconds.

The RYC Series partnered with GivenGain.   When entering the JOBURG 10K CITYRUN Virtual Edition online, runners could also start their own fundraising page and support a cause that lies close to their hearts.

Runners could share their experience with the RUN YOUR CITY Series via social media!

PLEASE NOTE:  All runners were reminded to protect their health and safety and that of others by social distancing while running.

For further information on the RUN YOUR CITY Series visit https://runyourcityseries.com/