A quartet of teenage SPAR Madibaz netball players highlighted their potential when they were chosen for the South African U21 squad in preparation for the World Youth Cup next year.

In addition, Coetzer and Goeda were included in an SA U21 Invitational team to compete in the Telkom Netball League in Bloemfontein from October 14 to 27.

The first and second-year students are thrilled at the recognition and determined to make the most of their opportunities and resultant exposure.

Coetzer, 18, said the sport had always been a big part of her life.

“My goal going into the training camp was to use my passion and talent to perform the best I could and to gain as much experience as possible.”

The first-year student said she was “extremely honoured” to be in the U21 Invitational squad and excited for what lay ahead.

“Just to be surrounded by women who are so passionate and willing to work so hard will be an amazing experience.”

Nineteen-year-old Goeda, now in her second year of studies, said her sole focus at the training camp was to give her best.

“Even though we had a delay during the year because of Covid-19, and it was tough at times, I knew that God’s hand was working.

“In the end the excitement was overwhelming and I am so grateful for this chance to play in the Invitational side.

“This is the first time I will play in the Telkom Netball League, so it is more than just selection, but an opportunity for exposure on a bigger stage.”

Njeza, a 19-year-old from East London, was excited to be on the same path set by her mother, Zandile.

“My goals were to follow in my mother’s footsteps and to make the SA U21 team and hopefully continue to make the senior team, too,” the first-year said.

“I feel proud and excited of what is to come and how it will affect me moving forward.

“My aims now are to work on my fitness, as well as my distribution skills, because I know I need to be sharper and faster with or without the ball.”

First-year student Van der Merwe, also 19, has a strong desire to play for the national team and said she realised the U21 camp was a significant steppingstone.

“I knew my performance could either make or break whatever future I have in South African netball, so I set myself the short-term goal of giving 100 per cent every time I went onto the court.

“At first, I was relieved to be included because all the girls at the trials were worthy of SA selection, so to be selected for the squad was an incredible honour. Then I felt an overflow of gratitude and joy.”

As she contemplates her future, Van der Merwe said she would focus on improving her fitness.

“I know there are smaller technical areas I must work on but once you’re fit, the likelihood of making mistakes on court is minimised.” 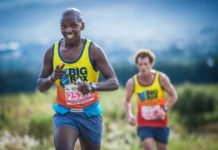 Stillwater Sports announces the return of the AfricanX Trailrun in 2021 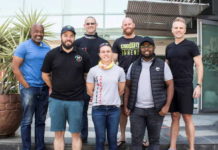 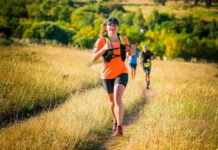 South Africa Today Sport - November 30, 2020
We use cookies to ensure that we give you the best experience on our website. If you continue to use this site we will assume that you are happy with it.OkRead more