Cameroonian football squad will depart for the World Cup 12 hours later than scheduled after resolving a strike over bonuses that had resulted in them refusing to board the plane to Brazil on Sunday, the nation’s football federation said.

They have settled a dispute with the government and Fecafoot and will receive 5.8m CFA francs (£7,200) more than the 50m CFA francs originally offered to each player for their participation in the tournament.

“Everything is OK now. We will embark tonight,” the Fecafoot spokesman Laurence Fotso explained, adding that the federation had to borrow the funds to pay the bonuses. “That money is given [by Fifa] three months after the end of the competition,” said Fotso. So the federation “borrowed money as a private loan to satisfy the players”.

The Cameroon coach, Volker Finke, told the German broadcaster Sport1: “There has been an agreement now and there is no need to make a big sensation out of it or make huge stories out of it.”… 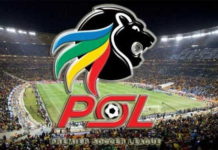