Alex Harris, organiser of the Munga MTB race, has ridden an extremely calculated ride and with less than 24 hours to go and barring catastrophe, he is on track to break the current Race Across South Africa record.

The record was set in 2017 and stands at 10 days, six hours and 40 minutes. It is held by Martin Dreyer, who also has the top-three fastest times recorded in RASA, which forms part of the Freedom Challenge series.

“The question now is ‘by how much’? Will he go under the 10-day benchmark?” said race director Chris Fisher.

“Eight years ago, people thought it would be impossible to break 12 days, but the rivalry between Martin and Alex has altered the reality of what is possible.”

For the past two weeks mountain bike riders have been making the annual pilgrimage from Pietermaritzburg to Wellington along the 2 150km Freedom Trail.

For most it is a soulful journey through the heartland of our beautiful country.

Time away from their usual busy lives. Time to reset the barometer of life and just ride their bike with little distraction or worry from the crazy world outside.

“Riders have a maximum of 26 days to complete the challenge, but there are a few who like to push the bounds of human perseverance,” said Fisher.

“At the sharp end of the field racers will ride for 18 to 22 hours per day to see how fast they can cover the course.”

The last obstacle is the infamous Stettynskloof portage, from Rawsonville over the mountains to Du Toit’s Kloof.

“This is possibly the most challenging portion of the entire route and the valley has held many a rider captive as they battle their way through the dense bush for six to eight hours,” said Fisher.

There has been much debate about the advantages and disadvantages of riding RASA, which was postponed due to the coronavirus, in October versus the usual July mid-winter slot.

October has seen much higher mid-day temperatures, particularly through the Karoo, but there is also a lot to be said for the extra daylight hours.

“Most riders on the trail this year have commented that the pros and cons of July vs October probably cancel each other out.

“It’s hard to compare apples and pears, but this is the 2020 edition of the race and there is no denying that Alex has had a phenomenal ride,” said Fisher.

There is live satellite tracking (https://rasa20.maprogress.com/#), and you can follow the action at www.freedomchallenge.org.za / www.facebook.com/groups/FreedomFollowers/. 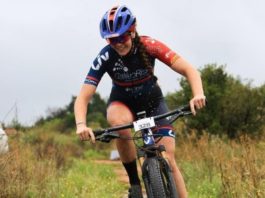 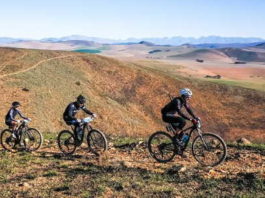 Greyt Escape rides on new and different trails for 2021 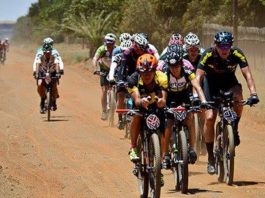 ABOUT US
FOLLOW US
© South Africa Today
Do NOT follow this link or you will be banned from the site!
We use cookies to ensure that we give you the best experience on our website. If you continue to use this site we will assume that you are happy with it.OkRead more