The authorities in Uganda have uncovered a terrorist cell which they believe was planning an imminent attack, the US embassy in Kampala says.

It said the cell belonged to Somali Islamist group al-Shabab, but this has yet to be confirmed by Ugandan police.

The embassy earlier warned US citizens in the capital to stay at home during a police operation to uncover the cell.

Ugandan police say they have increased security in public places across Kampala, and made several arrests.

Earlier this week, the US embassy warned of possible revenge attacks against US targets by al-Shabab in response to the US air strike that killed the group’s leader Ahmed Abdi Godane on 2 September… 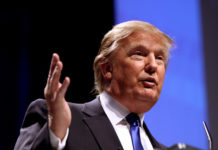