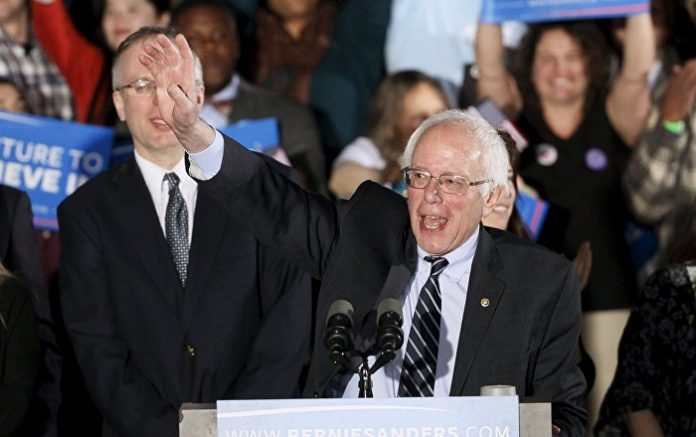 Though Sanders still came out on top of the list, his approval rating did suffer a 12-point blow, down from 87 percent in September.

The popular Independent lawmaker was followed by fellow Vermont Senator Patrick Leahy, who boasts a 70 percent approval rating, and John Barrasso of Wyoming. with 69 percent.

The poll was conducted by The Morning Consult, which surveyed more than 85,000 registered voters in each state from January through March.

The pollsters found that Senate delegations from smaller states tend to be more popular with their voters, while presidential battleground state North Carolina has the least popular delegation overall.

Mitch McConnell topped the list of the least popular US senators, with only a 44 percent approval rating. He has consistently held the top spot on the highest disapproval list, the Morning Consult reports.

“Forty-four percent of Kentucky voters say they approve of the 30-year Senate veteran, while 47 percent disapprove, making him the only senator with a net negative approval rating,” the Morning Consult noted.

On the list of least popular senators, McConnell was closely followed by warhawks John McCain and Lindsey Graham.

“The Senator with the second-highest disapproval rating? None other than John McCain (R-AZ). The Arizona Senator, who was recently elected to his sixth term in the chamber, has a disapproval rating of 43 percent,” Mediaite reported. “The silver lining for McCain is that his approval rating stands at 51 percent.”