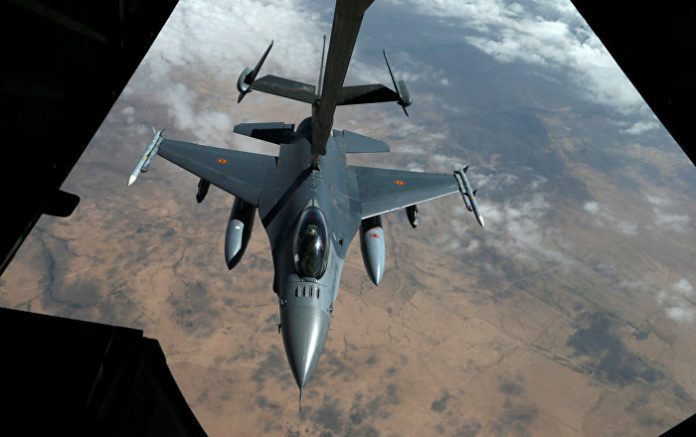 In a recent interview with CQ Roll Call, Air Force Gen. Carlton Everhart said Pentagon leaders have scheduled a meeting for May 18 with airline executives to discuss pilot drain.

Everhart told private sector leaders “if we can’t meet the requirements, the chief could drop in a stop-loss,” adding, “you need to understand that.” A stop-loss condition effectively restricts pilots from leaving the Air Force after their agreed terms end.

The labor supply issue could impact the fight against Daesh, the general noted. “If I don’t have pilots to fly, the enemy has a vote,” he said, adding, “if I can’t put warheads on foreheads, then [Daesh] is winning.”

Pilot shortage claims from US defense officials have continued for years. In 2000, a RAND report found that the USAF is “facing the largest pilot shortage in its peacetime history.” According to the study’s authors, a lack of eager young pilots is not the source of the Air Force’s woes. Rather, difficulty retaining flight crews “shows that the real problem is experience levels in operational units.”

Further, financial incentives for current pilots may not do much to move the needle. Legislators and defense officials contend that the shortage “may be more a function of pilots being pushed out by the declining state of Air Force readiness than about the pull of big bucks in the airline industry,” Stars and Stripes reports.

“Military pilots serve for love of country and for love of flying,” Representative Jackie Speier of California said on March 29.

According to Everhart, the issue isn’t bound to go away anytime soon. “If you look at the projections I’ve seen, I think this is going to be a problem for a while,” he said.

The stop-loss is exclusively under consideration as a measure of last resort, Military.com reported Tuesday. “While actions such as stop-losses are an absolute last resort, it is an action available to the Air Force,” Col. Chris Karns told the news outlet in response to CQ Roll Call’s report.