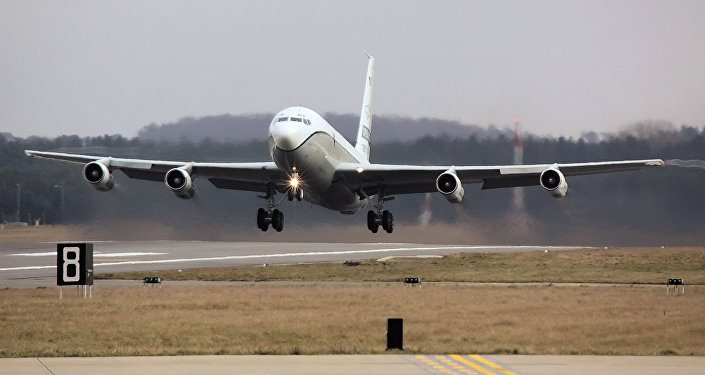 The White House National Security Council has formally confirmed that the United States is no longer a party to the Open Skies Treaty, announcing the decision on Twitter.

“Today marks six months since the United States submitted our notice of withdrawal from the Treaty on Open Skies. We are now no longer a party to this treaty that Russia flagrantly violated for years. [President Trump] never ceased to put America first by withdrawing us from outdated treaties and agreements that have benefited our adversaries at the expense of our national security,” National Security Adviser Robert O’Brien was quoted as saying.

(2/2) @POTUS has never ceased to put America first by withdrawing us from outdated treaties and agreements that have benefited our adversaries at the expense of our national security.” –NSA Robert C. O’Brien

​The US formally announced its intention to abandon the Open Skies Treaty on 22 May, accusing Moscow of violating the treaty and using imagery obtained during flights to support a doctrine of targeting critical US and European civilian and military infrastructure with precision-guided conventional munitions. Russia dismissed the allegations and suggested that the real reason for the US decision was Washington’s six to seven year competence gap in technologies related to the treaty.

Moscow indicated earlier Sunday that it would seek to save Open Skies, with the US’s NATO allies, as well as Sweden, Finland, Belarus, Ukraine and several other nations remaining members.

Washington’s formal withdrawal from the treaty was preceded by repeated freezes to co-operation by Congress, with the US beginning to make its claims about Russia’s alleged violations in 2017. Rumours that the US may scrap Open Skies altogether began in late 2019.

The Open Skies Treaty was signed in 1992 in the immediate aftermath of the Cold War, and has been in operation since 2002, allowing participants to legally collect information about one another’s military forces and activities via overflights using specially designed and marked aircraft. As a rule, flights by Russia and NATO are conducted reciprocally.

Earlier this year, senior Democrat lawmakers, ordinarily on board with any administration policy which might harm relations with Russia, urged the President not to scrap the treaty, suggesting that doing so would allow Moscow to continue to collect information about US military activities in Europe while Washington would be left in the dark. In late May, Russian Ambassador to the US Anatoly Antonov said the US appears to want its allies now to do all of the heavy lifting in surveillance-related activities vis-a-vis Russia.

Only One Major Arms Treaty Left

The Trump administration’s withdrawal from Open Skies leaves only one major arms control-related agreement between the nuclear superpowers – the New Strategic Arms Reduction Treaty (or New START). The US pulled out of the Intermediate-Range Nuclear Forces Treaty in 2019, similarly accusing Russia of treaty violations, and left the Anti-Ballistic Missile Treaty in 2002, prompting Moscow to begin work on its air-defence dodging hypersonic missiles, which were unveiled on the world in 2018. Washington has threatened to allow New START to expire as well, demanding that China and its nuclear arsenal be accommodated within the 2010 agreement. Moscow and Beijing have each categorically rejected the idea.

Negotiations on New START continue, and Russian officials have expressed a willingness to renew it without preconditions. The treaty will end in February 2021 if both sides don’t agree to extend it until 2026.