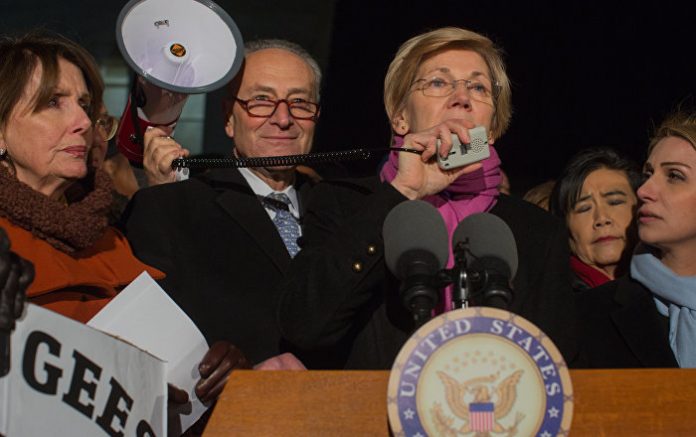 Elizabeth Warren has prompted a social media storm urging the House to initiate impeachment proceedings against Donald Trump in the wake of Special Counsel Robert Mueller’s redacted report on his investigation into the Trump campaign’s alleged collusion with Russia during the 2016 election being released.

Many accused her of exploiting the theme in order to gain political points during the race, while others, on the contrary, insisted that she was doing the right thing.

When it comes to policy you’re damned if you do/damned if you don’t. Warren released a slew of policy proposals & gets 1/4th of the attention. She calls for impeachment proceedings & some members of media treat her as a resister who isn’t focused on issues Americans care about

Poor dear. Doing so badly in the poles that she had to bring attention to herself. Good luck with ALL your opponents princess running bull. #Warren https://t.co/HFv2vjMAmM

Pres. Candidate & Senator Certified Silly Lady Warren urges 2nd American Civil War & at the drop of a hat! Can we get her into office sooner?!! #Dems? Wtf..?

How can you tell if Elizabeth Warren is lying? Answer: when she’s moving her lips. And she’s calling for Trump’s impeachment? Hahahahahahaha. Her candidacy is toast.

​Elizabeth Warren is an Ambulance Chaser. She is trying so hard to jump on any issue that will get her more votes. She is a hysterical, dramatic and Lying Politician.

Most 2020 Dems are shifting the focus off Trump to talk about health care, wage inequality, etc. If Warren is the nominee, the race will be a referendum on impeachment. https://t.co/gmxBAxtnJY

​However, there were those who backed the Massachusetts Senator not only with words but with dollars as well.

She got money from me tonight! THAT is the statement we need to make to show we are behind her. Hope this weekend brings a huge windfall in fundraising for her!

​Some pointed out that she has received a “big boost.”

Elizabeth Warren got a big boost from calling for Trump’s impeachment. Bold move. The right move.

​While some pointed out that Trump will eventually be the winner in the end.

If Dem. attempt to impeach Trump, he will most likely get reelected. And, just for a bonus; Elizabeth Warren is a great fool who will NEVER get nominated by the Dems.

​According to The Guardian, she’s the only 2020 presidential candidate and the most senior Democrat who has made these demands, although some of her rivals have voiced support for the idea itself.

Although Mueller did not conclude whether Trump obstructed justice, only outlining several cases when he allegedly tried to narrow the probe down, or stop it, Warren claimed on Twitter that the president’s “repeated efforts to obstruct an investigation into his own disloyal behavior” would “suggest that both the current and future presidents would be free to abuse their power in similar ways”.

Mueller put the next step in the hands of Congress: “Congress has authority to prohibit a President’s corrupt use of his authority in order to protect the integrity of the administration of justice.” The correct process for exercising that authority is impeachment.

​“The severity of this misconduct demands that elected officials in both parties set aside political considerations and do their constitutional duty”, Warren said, which means, according to her, that “the House should initiate impeachment proceedings against the president of the US”.