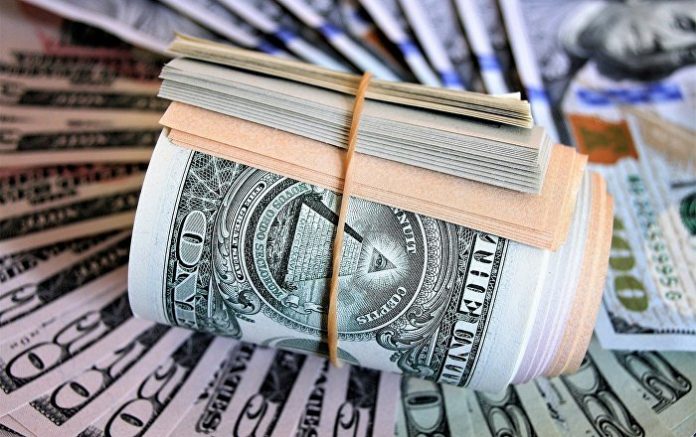 The closure of federal agencies and institutions made hundreds of thousands of US citizens go on a forced leave, and has caused enormous economic damage, which, according to experts, is risking to exceed the cost of the “wall of discord” along the US border with Mexico.

The current shutdown, which began on December 22, has already broken the record, which was set during the Bill Clinton administration in late 1995-early 1996 and lasted for 21 days.

READ MORE: If Trump Got Wall It Would Take Away Justification for His Re-Run in 2020 — Prof

At midnight on Tuesday, the “shutdown counters” showed that it had been going on for 30 days and 16 hours, and there was no reason to expect it would end any time soon.

It is expected that the Congress would continue discussions and vote on the bill that will allow the government to resume its work this week. However, as local media reported, since the plans proposed by the Republicans and the Democrats differ from each other, the chances of a fast compromise are low and it is impossible to foresee the end of the shutdown.

Trump’s failed attempt to propose a compromise plan on Saturday is an illustration of that: Democratic House Speaker Nancy Pelosi had refused to support him even before the president announced the details.

According to Trump’s plan, the congress should allocate $5.7 billion to build the controversial wall on the US-Mexico border in exchange for extending legal status for certain categories of migrants. But the Democrats, who received a majority in the chamber, are firmly against financing construction of the wall even after the president agreed to build it only in critical areas of the border, and not across the entire boarder, as he had earlier said.

Meanwhile, according to analysts, the shutdown is more costly than the wall itself, a dispute about the cost and the general need of which caused the crisis. According to the calculations of Standard & Poor’s Chief US Economist Beth Ann Bovino, on average, direct and indirect damage from each week of the shutdown is about $1.2 billion. Thus, over the past four weeks, the government’s closure has already cost almost $5 billion. So in one more week it will exceed the required $5.7 billion to build the wall. The expert noted that “the longer this shutdown drags on, the more collateral damage the economy will suffer.”

“As in previous shutdowns, the productivity lost from furloughed government workers will never be regained. In real terms, GDP will be lower since no ‘product’ was created,” the analyst said in a research note.

Economists also warn that, since some employees will not receive compensation for the downtime, consumer capacity will decrease, which, in turn, threatens price stability.

The closure of the government, even if it is partial, as noted by the CBS broadcaster, hit private business: no licenses are issued, applications for public offering and loans are not considered, and contracts on mergers and acquisitions are not legalized. According to other media reports, private companies serving the federal government lose about $200 million a day as a result of the shutdown.

The current shutdown has affected a quarter of US ministries and departments, including the State Department, the Department of Homeland Security, the Justice Department and part of the White House staff. About 800,000 civil servants were sent on a forced unpaid leave, or continue to work, without receiving timely payment.

READ MORE: American Pastor Lashes Out at Pope Francis for Criticism of US Border Wall

Last week, Trump signed a decree on compensations for government employees after the government starts working again. Contract workers are not counting on the compensation for the downtime.

An employee of the National Park Service, a part of the US Department of the Interior, told Sputnik that it was very hard to be held in limbo and it was impossible to treat involuntarily unemployment as a “vacation.”

“It is horrible … I will get paid nothing this month,” the Sputnik’s interlocutor said, summing up her impressions. She also noted that the state continued to make insurance and social benefits payments for regular employees.

Federal employees can also cope with the temporary loss of income by taking an interest-free loan from their pension savings. After spending hours on the phone, they could actually negotiate an agreement to postpone payments on mortgages and loans, electricity and heating.

The US National Park Service is responsible for maintaining work, cleanliness and security of all natural reserves and park areas in the United States. With the termination of funding, the territories under its jurisdiction, which spread for 323,000 square kilometers (124,710 square miles), became hostages of the situation. The Department of the Interior ordered to leave the parks open, while the employees responsible for maintaining order and security were sent on forced leave. The department reported that, as a result, the situation in many reserves was catastrophic: no one cleaned up garbage or toilets, no one ensured the security and order.

A widespread publicity was attached to the incident in California’s Joshua Tree National Park, where vandals destroyed trees, driving along the closed territories and ruining the relief of the park.

The park’s Superintendent David Smith announced its closure, but the Department of the Interior demanded to reopen it, using for its maintenance the funds collected from the admission ticket payments. The Park Service considered this decision illegal, stating that these funds should be used to pay for routine and general maintenance of the park, rather than for cleaning toilets and garbage collection. In this situation, the Park Service asked residents of the country to refrain from visiting national parks until the government resumed its work.

The State Zoo in Washington was also closed last month. A limited number of employees continued to take care of animals, but the zoo was closed to visitors and the cameras that usually broadcast live feed from the panda cages were turned off.

The cultural life of the US capital was also limited because of the shutdown: all 17 state museums, including the famous State of the Arts Gallery, were closed.

The US State Department and the National Aeronautics and Space Administration (NASA) were among the agencies affected by the termination of funding. The NASA’s website says that the agency was closed due to a lapse in funding. Some employees of the agency’s press service respond to requests with an “automatic” letter, stating that they were sent on forced leave without pay and therefore could not answer the request.

However, the work of staff responsible for supporting NASA missions continues, as well as the work of NASA astronaut Anne McClain, who lives on the International Space Station (ISS). Along with her Russian and Canadian colleagues she conducts scientific experiments and fully participates in the work and life of the ISS.

The US Department of State continues to work at a reduced level, but its head Mike Pompeo does not reduce activity, as his schedule is full of meetings, calls and interviews. He will speak at the World Economic Forum in Davos on Tuesday, however, via video link. The trip of the US delegation to Switzerland was canceled because of the shutdown.

The fate of the US-initiated international meeting on assistance in establishing stability in the Middle East remains unclear. The meeting is to take place on February 13-14 in Poland. According to Pompeo, representatives of Asia, Africa, the Western Hemisphere, Europe and the Middle East were invited to attend the meeting.

However, Austrian Foreign Minister Karin Kneissl complained on Monday, that, because of the shutdown in the United States, she could not get information about all those invited, topics of the discussion and how much time would be spent on speeches.

While the world is wondering for how long the current crisis in the United States will continue and what other forms it may take, local residents are stepping up efforts to help those, who were affected by the government’s shutdown the most. They are collecting food and hygiene items for employees, who were deprived of work, and local restaurants and charitable services are providing free meals. Any attention and financial assistance are in demand, because, as the US economist Joseph Stiglitz stated on National Public Radio, according to available data, 40 percent of US citizens could not cover a $400 emergency expense. It is extremely difficult to live with such “safety net” without a steady income for more than a month.