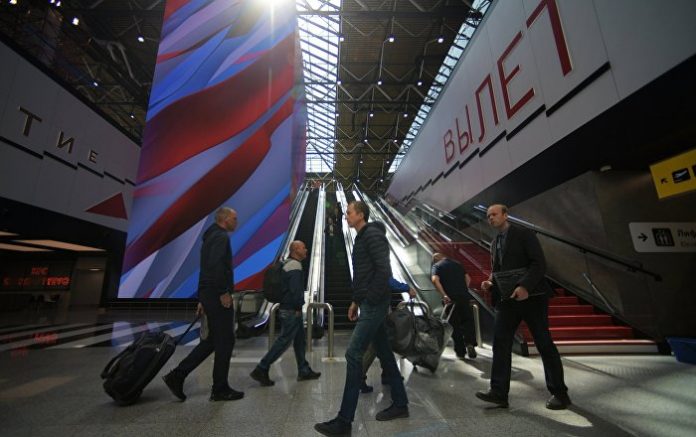 “We are aware of an incident today at Sheremetyevo Airport in Moscow involving an individual from the U.S. Embassy‎. The situation has been resolved and the individual was allowed to depart Russia after authorities removed the item from his luggage. There was ‎no danger presented to any traveller”, the official said.

On Saturday morning, staff at Moscow’s Sheremetyevo International Airport detected an object similar to a mine during a screening of an embassy employee’s luggage. Experts later confirmed that it was indeed a mine with a fuse but without explosives, though “their traces were present inside the mine body”.

According to the Russian Foreign Ministry, the employee, who was on his way to the United States after completing his assignment in Russia, claimed that he had bought the empty mine “for his personal collection”. The Russian Foreign Ministry has qualified the incident as a provocation and said that the employee was linked to the US Armed Forces. The Russian Interior Ministry’s unit in charge of Sheremetyevo Airport Whitley11notified the US Embassy in Russia of the incident immediately.