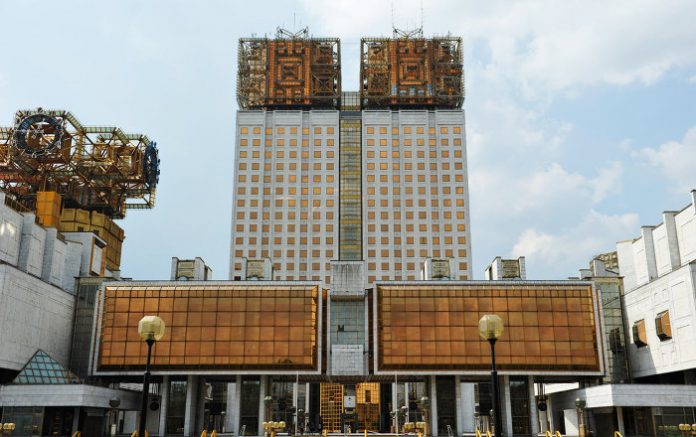 A new cooperation agreement between the RAS and the US National Academy of Sciences (NAS) is expected to be signed during the visit. Scientific cooperation between the two counterparts has been maintained since July 1959. The international contacts between scientists should become one of Russia’s diplomatic instruments, according to the strategy on Russia’s scientific and technological development.

President of RAS Aleksander Sergeev has said a number of times that the promotion of contacts between Russian and international academics should prove that science diplomacy works even in a complicated geopolitical situation.

Initially, the visit of the Russian scientific delegation was slated for last year’s December, but was rescheduled to spring of 2019.

New Agreement and RAS Office in US

The visit will start with a RAS-NAS meeting, during which the bilateral cooperation agreement would be inked. The sides agreed on a new document back in December 2017.

In April of 2015, the respective academies signed an agreement on cooperation in scientific, engineering and medical research. According to this accord, the Russian-US cooperation may include such areas as biomedical research on cancer and Alzheimer’s disease as well as the monitoring of climate change in the Arctic, among other issues.

At the upcoming meeting, the sides plan to discuss an opening of the Russian academy’s office in the United States. Over the last two year, RAS has repeatedly called for creation of such representations in the leading scientific powers in order to improve coordination of joint projects with foreign academics and promote Russia’s ties in this area.

On Wednesday, the Russian delegation will meet with the representatives from the National Institutes of Health (NIH) – the main US organization responsible for research in health care and biomedicine. NIH is made up of 27 various institutes and centers.

In 2011, the RAS and NIH signed a memorandum on cooperation in the field of fundamental biomedical research. Oncology disorders, cardiovascular, neurological and infectious diseases are among the primary areas for cooperation under the document.

Moreover, the sides will discuss the issues that were supposed to be on the agenda of Roscosmos chief Dmitry Rogozin’s visit to the United States, which was canceled in January by NASA Administrator Jim Bridenstine due to pressure from the US senators. The RAS’ Russian Space Research Institute has expressed concerns that the cancellation will cast shadow over implementation of joint Russian-US mission to Venus dubbed Venera-D.

Russia plans to send an orbiter and a lander to Venus to research the planet’s surface and atmosphere. It was listed in Russia’s federal space program for 2006-2015 but was postponed by a decade. NASA showed interest in the mission in 2013, leading to the creation of a joint working group, which was expected to finish working out the project’s details by this January.

Also on Wednesday, the delegation will meet with Russian Ambassador to the United States Anatoly Antonov.

On Thursday, the Russian delegation will fly to Los Angeles, where a day later it will visit the Palomar Observatory, one of the most prominent astronomical observatories in the world, located in the San Diego County.

The group of Russian academics will also visit California Institute of Technology, considered to be one of the world’s top universities, on Saturday. Moreover, the delegation is set to pay a visit to a laboratory of the the LIGO Scientific Collaboration (LSC), a scientific collaboration of international physics institutes and research groups, including the Russian ones, on the search for gravitational waves.

On Sunday, the delegation from the Russian Academy of Sciences will depart back to their homeland.