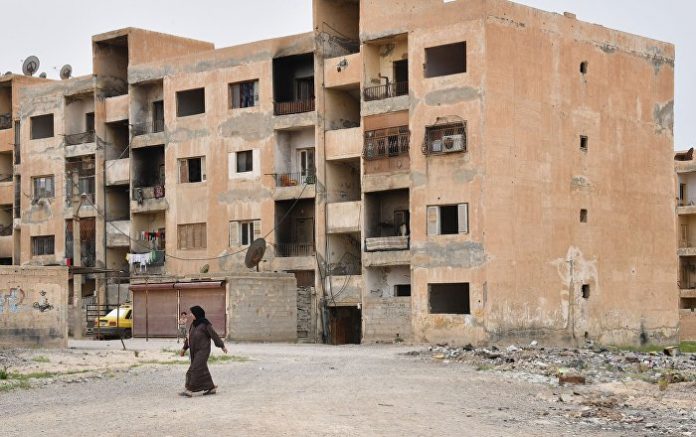 WASHINGTON (Sputnik) — Free Syrian Army (FSA) political advisor Abu Yacoub said on July 3 that the coalition will establish a military base in al-Shaddadi to help FSA-linked Maghawir al-Thawra group advance to Deir ez-Zor. He added that the base will house up to 150 people.

When asked whether the Pentagon has a comment on the reports, Davis said “I don’t. I am not familiar with that.”

In March, coalition spokesperson John Dorrian said Deir ez-Zor could become the next target of operations against Daesh after Raqqa.

Deir ez-Zor had been encircled by the Daesh terrorists since 2014 with its residents living in conditions of humanitarian catastrophe. However, the Syrian government forces were able to regain control over a half of the city this year. The Syrian forces continue an offensive aimed at lifting the siege and creating supply lines for the city’s residents.