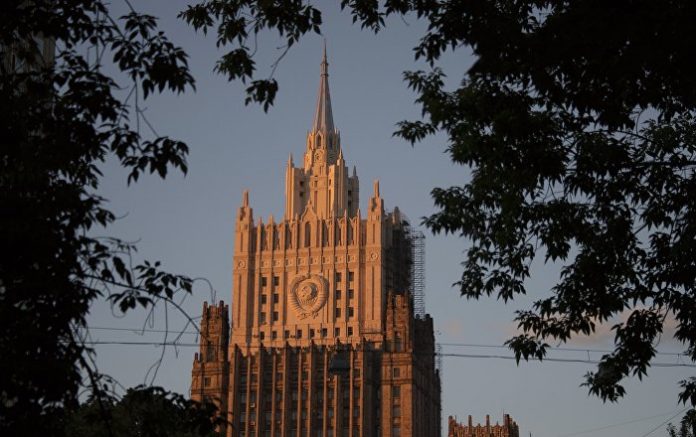 Moscow plans to give a mirror response to US sanctions against individuals, businesses, the country’s sanctions list will also be expanded, the Russian Deputy Foreign Minister said.

“The answer is a loose concept. Of course, we thoroughly and carefully analyze what is being announced in Washington. But whatever they declare, our answer is the same, that all this is absolutely unreasonable. And there is no chance that they will achieve the goals they pursue” Ryabkov noted.

The United States is aware of Russia’s readiness to begin substantive discussions in an interdepartmental format about the issue of alleged meddling in the US elections, Russian Deputy Foreign Minister Sergey Ryabkov told Sputnik.

“We did not do anything that could give the United States grounds to make such accusations against us. They are unable to provide us with any evidence for such insinuations. We have not made any progress on the matter, even though the United States is aware of our readiness to launch substantive discussions on the matter in an interdepartmental format, if we see at least the slightest sign of them having a more reasonable, realistic approach, less politicized approach that is not tied to rejecting modern Russia as a factor in international affairs,” Ryabkov said.

READ MORE: Russia to Take Into Account US Sanctions When Deciding on Next ‘Practical Steps’

Russia’s response to the US sanctions should increase the resilience of Russia’s economy, free it from dependence on the dollar, Russian Deputy Foreign Minister Sergei Ryabkov emphasized.

“The response [to a new round of US sanctions] should be such an action that would increase the resilience of the Russian economy and economic operators to this unfriendly impact by this influential country … We should be freed from dollar dependence in the broad sense, including by creating our own payment systems, or multilateral ones, with other partners,” Ryabkov said.

Washington earlier threatened to impose another series of sanctions on Russia that would involve banning Russian carrier Aeroflot’s flights to the US, reducing diplomatic ties and halting US exports.

Rocket Engines, Titanium Supplies Not to be Halted in Response to US Sanctions

Moscow does not plan to stop supplies of rocket engines and exports of titanium for the US aviation industry, Russian Deputy Foreign Minister Sergei Ryabkov told Sputnik.

“We have a firm position on the issue. We should not do anything that harms us. Initiatives such as reduction of supplies of missile engines for the US space program, or aircraft titanium that is produced by a joint venture with Boeing, or other proposals regarding our exports to the United States should not be considered as an option, as it would only damage our own economic operators,” Ryabkov said.

The diplomat stressed that Russia would give a mirror response to the US sanctions against Russian individuals and companies, noting that Moscow’s sanctions list would also be expanded.