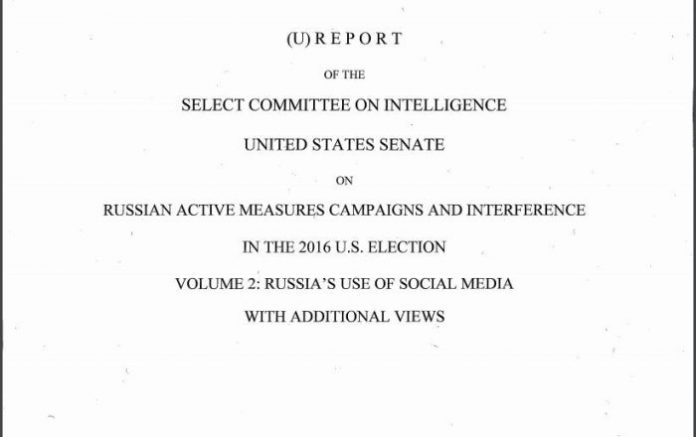 On Tuesday, the US Senate Committee on Intelligence published a two-part report alleging that Russia meddled in the 2016 US presidential elections.

Both documents are heavily redacted, and at times entire chapters are blacked out. The unredacted sections claim but fail to prove allegations that Russia, the Kremlin, the elusive Internet Research Agency or Russian catering tycoon Evgeniy Prigozhin are involved in any coordinated attacks against US election infrastructure.

The first volume of the report explicitly notes that “Russian intentions regarding US election infrastructure remain unclear.”

According to the document, a foreign attacker – which the document insists without proof was Russia – conducted what can be described as a probe of US election servers.

Dr. Samuel Liles, Acting Director of the Cyber Division of the Office of Intelligence and Analysis at the Department of Homeland Security, describes the attacks as “simple scanning for vulnerabilities, analogous to somebody walking down the street and looking to see if you are home.”

The document also states explicitly that, in the aftermath of those attacks, “no evidence that vote tallies were altered,” as well as no “voter registry files were deleted or modified.”

The second volume of the report offers a detailed description of alleged Russian operations in the social media. This section relies heavily on reports in US and Russian media – primarily, The New York Times – as base for the allegations.

According to the report, Russia employed the Internet Research Agency (IRA) to create innumerable fake accounts that posed as US citizens and conducted normal social media activity, only to intertwine it with engineered textual political “payloads.”

The document says the social media project was not intended to persuade US citizens of one narrative, but to create conflicting narratives to the point where social media users would get either increasingly polarized or simply refrain from participating in online discussion. While the main goal is said to be sowing discord and general chaos among the American public, the document also claims the campaign sought to influence the 2016 elections. 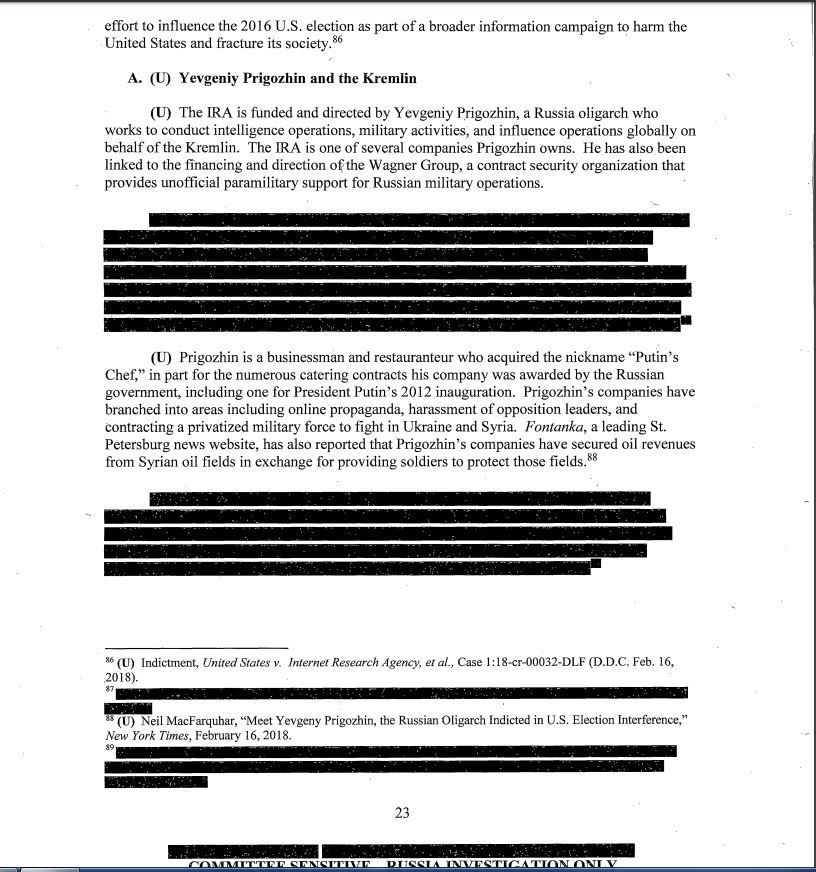 The document claims the entire operation was created and managed by Yevgeniy Prigozhin, a Russian restaurant and catering tycoon with alleged close ties to President Vladimir Putin. However, no factual base for the allegations is provided.

Russian online media – in particular, RT and Sputnik – are also said by the US to be part of a scheme to combine “covert hacking and dissemination operations, social media operations, and fake personas with more overt influence platforms.” The report credits RT with being the first “self-described ‘news channel’ to break 1 billion views on YouTube.”

“There is nothing new [in these documents],” he said. “It’s a relapse of old things.”

On 18 April, the US Special Counsel Robert Mueller presented a report on a two-year investigation into the Trump campaign. In his report, he said he had found no evidence of collusion between the presidential candidate or members of his campaign with Russia – allegations that Democrats repeated following Trump’s inauguration. Moscow has consistently denied involvement in the 2016 US elections.

On 2 October, Putin sarcastically noted that Russia would meddle in the upcoming 2020 elections.

In recent years, Russia has repeatedly been accused of various wrongdoings ranging from the poisoning of former Russian intelligence officer Sergei Skripal to “using subversive measures to weaken the credibility of America’s commitment to Europe” (per USAID’s CMKI framework). In all cases, no substantial proof has been presented and Moscow has time and time again denied its alleged involvement in sinister schemes. 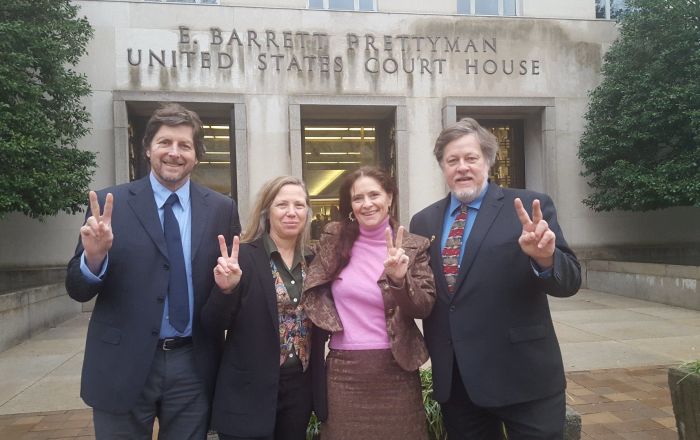