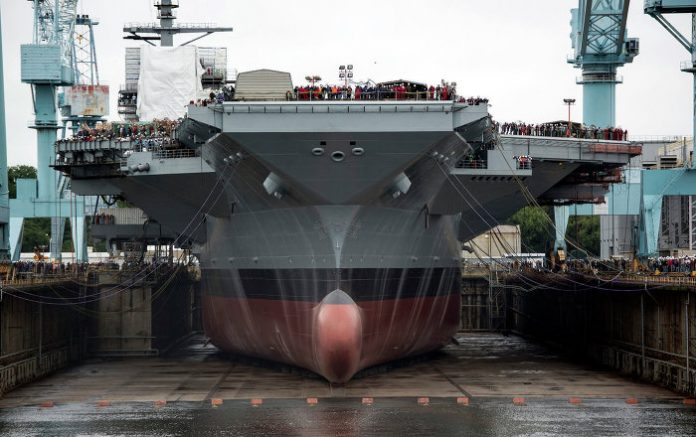 WASHINGTON (Sputnik) — US shipbuilder Huntington Ingalls has received a work order for production and test engineering of the Gerald R. Ford aircraft carrier’s systems and nuclear reactors, the Department of Defense announced in a press release on Monday.

The Gerald R. Ford is the first of the Navy’s next generation Ford-class aircraft carriers. Earlier in April it completed what is known as “builder’s” sea trials.

The Navy expects to take delivery of the carrier sometime in 2017 and will conduct further testing. The next Ford-class carrier currently under construction is the John F. Kennedy.